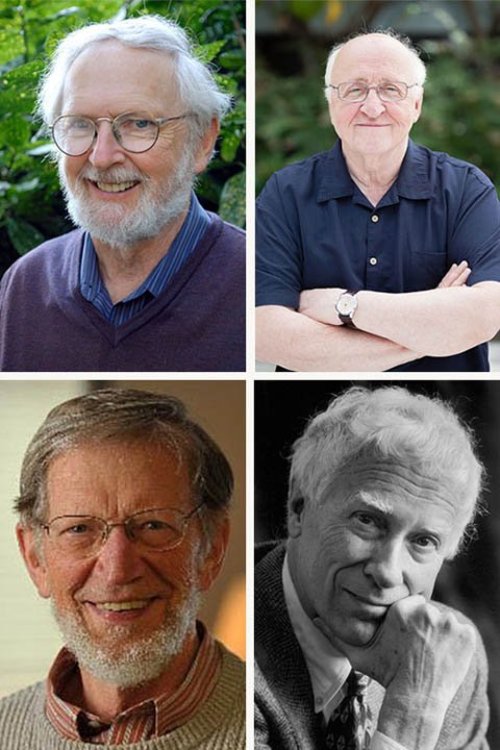 George Marsden
Dr. Marsden is a distinguished historian of religion in American life.  His biography of Jonathan Edwards won virtually every major historical prize, including the Bancroft Prize, the Merle Curti Award, the Philip Schaff Prize, and the Eugene Genovese Prize. Among his other books are The Soul of the American University, Religion and American Culture, and Fundamentalism and American Culture. Dr. Marsden studied at Haverford College, Westminster Theological Seminary, and Yale University; he has taught at Calvin College, Duke University, and the University of Notre Dame, and is now scholar in residence at Calvin College. Among those historians who openly identify as believing Christians, George Marsden stands alongside perhaps only Mark Noll at the pinnacle of the profession. Every scholar of American history, believer or not, knows who Marsden is.  What has been so remarkable about his professional fame is the way he has blended the demands of the secular academy with his Protestant faith.  Dr. Marsden taught at Calvin College from 1965–1986.

Richard Mouw
Dr. Mouw recently returned to teaching in the position of Professor of Faith and Public Life after 20 years as president of Fuller Theological Seminary (1993–2013). A philosopher, scholar, and author, prior to his two decades as president, he served as provost and senior vice president for four years, and as professor of Christian philosophy and ethics beginning in 1985. Prior to Fuller he served for 17 years as professor of philosophy at Calvin College. He has also served as a visiting professor at the Free University in Amsterdam. Mouw has a broad record of publication. He has been an editor of the Reformed Journal and has served on many editorial boards, including currently Books and Culture. He is the author of 19 books. Mouw serves as a panelist in the online forum “On Faith” offered by the Washington Post. In 2007, Princeton Theological Seminary awarded Mouw the Abraham Kuyper Prize for Excellence in Reformed Theology and Public Life. Mouw has also participated on many councils and boards, recently serving as president of the Association of Theological Schools. He served for six years as co-chair of the official Reformed-Catholic Dialogue, and is a leader in interfaith theological conversations, particularly with Mormons and Jewish groups. Dr. Mouw taught at Calvin College from 1968–1985.

Alvin Plantinga
Dr. Plantinga is the inaugural William Harry Jellema Professor of Christian Philosophy at Calvin College, as well as emeritus John A. O'Brien Professor of Philosophy at the University of Notre Dame. He received his B.A. from Calvin College and his Ph.D. from Yale. He taught at Calvin College for 19 years prior to his 28 years at Notre Dame. Acclaimed for his work on metaphysics, the problem of evil, and the epistemology of religious belief, he has written books such as God and Other Minds (1967), Does God Have a Nature? (1980), Warranted Christian Belief (2000), Where the Conflict Really Lies: Science, Religion, and Naturalism (2011), and most recently, Knowledge and Christian Belief (2015). Dr. Plantinga is best known for his Christian epistemology that justifies belief in God without external evidence, his “free will defense” to the logical problem of evil and his evolutionary argument against naturalism. Dr. Plantinga taught at Calvin College from 1963–1982.

Nicholas Wolterstorff
Dr. Wolterstorff received his B.A. from Calvin College in 1953, and M.A. and Ph.D. degrees in philosophy from Harvard University in 1954 and 1956. After teaching philosophy for two years at Yale, he returned to the philosophy department at his alma mater in 1959. He returned to Yale in 1989, where he was a member of the Divinity School, the Philosophy Department, and the Religious Studies Department. He has taught, during leaves of absence, at Haverford College, the University of Michigan, Princeton University, the University of Texas, Notre Dame University, and the Free University of Amsterdam. He retired from teaching at the end of 2001 and is Noah Porter Professor Emeritus of Philosophical Theology at Yale University. Currently he is a Senior Fellow at the Institute for Advanced Studies in Culture at the University of Virginia.  He is the author of many books including On Universals, Works and Worlds of Art, Art in Action, Until Justice and Peace Embrace, Reason within the Bounds of Religion, Divine Discourse, John Locke and the Ethics of Belief, Thomas Reid and the Story of Epistemology, Educating for Shalom, Lament for a Son, and Justice: Rights and Wrongs. His most recent book, Justice in Love, was published in 2010. Dr. Wolterstorff taught at Calvin College from 1959-1989.

The Renaissance of Christian Thought
Part of the: January Series