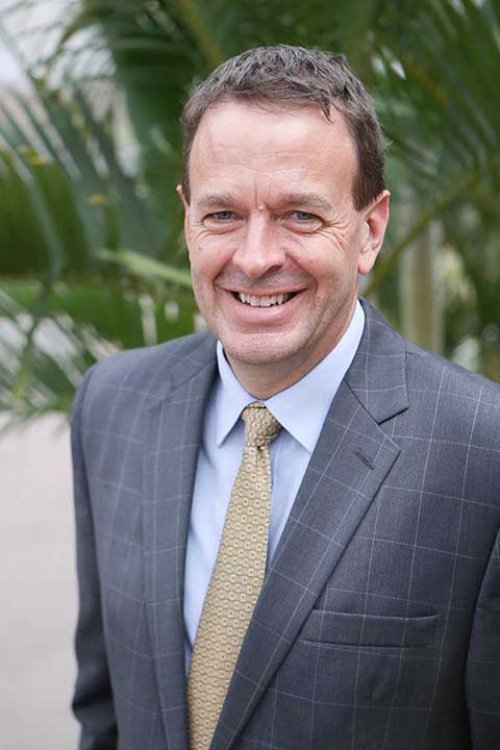 God calls all of his children to be fearless (1 John 4:18) in standing up for the poor, the orphaned, and the widow (Micah 6:8), and to be fearless in doing justice (Isaiah 1:17).  But too often, fear of our neighbors' oppressors stops us from loving the vulnerable as God commands. Kurt VerBeek has been working for more than two decades to promote justice in the Central American country of Honduras.  Seventeen years ago he helped found the Association for a More Just Society, a Christian organization committed to standing up for victims of violence, land-rights abuses, and government corruption in Honduras.  As a result of its fearless efforts in these areas, AJS is increasingly recognized by organizations around the world, such as Transparency International and the United Nations, as a pioneer in achieving justice for the poor.  By sharing his and AJS's experiences, Kurt will challenge and inspire his listeners to discover where and how God is calling them, and the church, to fearlessly stand up to local and global injustices.

Dr. Kurt Alan VerBeek directs Calvin College's Justice Studies semester in Honduras.  He has lived and worked on development and justice issues in Central America for more than 25 years.  Kurt has conducted research on the role of faith in development, the effects of short-term missions, and the impact of the maquila industry on Honduras. He is also a co-founder and board member of the Association for a More Just Society (AJS), a Christian justice organization with a specific focus on Honduras. By standing up for victims of violence, labor and land rights abuse, and government corruption in Honduras, organizations around the world, including Transparency International and the United Nations, are increasingly recognizing AJS as a pioneer in achieving justice for the poor.  AJS has faithfully worked in one of the most dangerous neighborhoods in Tegucigalpa and in the last eight years has witnessed a drop of over 75% in the neighborhood's crime rate.  In addition to fighting against soaring crime in Honduran neighborhoods, AJS works towards peace and public security reforms on a national level.  Recently, these efforts have included the signing of an agreement between AJS and the president of Honduras that makes AJS an official monitor of the president's anti-corruption plan.

Kurt received his B.A. in sociology from Calvin College, his M.A. in human resource development from Azusa Pacific University, and his PhD in development sociology from Cornell University.  Kurt and his wife, JoAnn VanEngen, are originally from the Midwest, but have made Honduras their home since 1988.  In 2001, they moved to the poor community of Nueva Suyapa in the capital city of Honduras. Living there has greatly influenced their understanding of how corruption and violence affect the most vulnerable.  Kurt and JoAnn have two children, Anna (22) and Noah (19).

Reframing Justice: Models from Honduras
Part of the: January Series