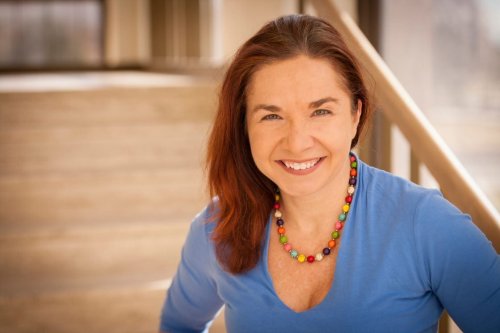 Katharine Hayhoe is an atmospheric scientist who studies climate change, one of the most pressing issues facing humanity today. But Hayhoe may be best-known to many people because of how she is bridging the broad, deep gap between scientists and Christians—work she does in part because she is a Christian herself. She has been named by Christianity Today as one of their 50 Women to Watch and currently hosts the PBS digital series, Global Weirding: Climate, Politics and Religion. Hayhoe is a professor and directs the Climate Science Center at Texas Tech University. She has a B.Sc. in Physics from the University of Toronto and an M.S. and PhD in Atmospheric Science from the University of Illinois. She has authored over 100 peer-reviewed publications and served as a lead author for the Second, Third, and Fourth U.S. National Climate Assessments. She serves on a broad range of scientific advisory boards, from the Smithsonian Natural History Museum to Engie, and has received the National Center for Science Education’s Friend of the Planet award, the American Geophysical Union’s Climate Communication Prize, the Sierra Club’s Distinguished Service award, the Stephen H Schneider Climate Communication Award, and has been recognized as one of TIME’s 100 Most Influential People, Fortune’s 50 World’s Greatest Leaders, and the United Nation Champion of the Earth in Science and Innovation.

Christians, Climate, and Culture
Part of the: January Series