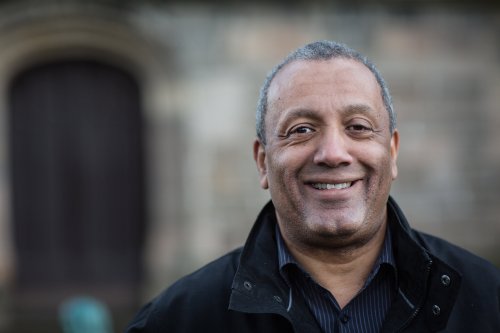 Professor John Swinton is Professor in Practical Theology and Pastoral Care and Chair in Divinity and Religious Studies at the University of Aberdeen.  He is an ordained minister of the Church of Scotland who for more than a decade worked as a registered nurse specializing in psychiatry and learning disabilities. He also worked for a number of years as a hospital and community chaplain.  He also serves as an honorary professor and researcher at Aberdeen’s Centre for Advanced Studies in Nursing. In 2004, he founded the University of Aberdeen’s Centre for Spirituality, Health and Disability and in 2014 he founded the University’s Centre for Ministry Studies.

His work, which has a dual focus on the relationship between spirituality and health and the theology of disability, has been funded by the British Academy, the Arts and Humanities Research Council, the John Templeton Foundation, the Scottish Government, the Mental Health Foundation, and the Foundation for People with Learning Disabilities (FPLD).

Professor Swinton has published widely within the area of practical theology, disability theology, qualitative research and pastoral care.He is the author of a number of monographs including Becoming Friends of Time: Disability, Timefullness, and Gentle Discipleship (Baylor Academic Press 2016), Dementia: Living in the memories of God (Eerdmans 2014), Raging With Compassion: Theological responses to the Problem of Evil (Eerdmans 2006), and Spirituality in Mental Health Care: Rediscovering a “Forgotten” Dimension (Jessica Kingsley Publishers 2001). His book, Dementia, won the Archbishop of Canterbury’s Ramsey Prize for excellence in theological writing. The Archbishop of Canterbury Right Rev. Justin Welby described the book thus: "John has written a book which is deeply challenging and brings to bear a coherent theological approach, with clinical background and understanding, to an issue that has touched many of us, and is one of the great issues of our society. He has done the church and our country a huge service." In 2017, his most recent book Becoming Friends of Time: Time, Disability and the Art of Gentle Discipleship won the award of merit for theology and ethics in the Christianity Today book awards for 2017.  The book was named as “one of the books most likely to shape evangelical life, thought, and culture.”

John is married with five children and lives in the city of Aberdeen. 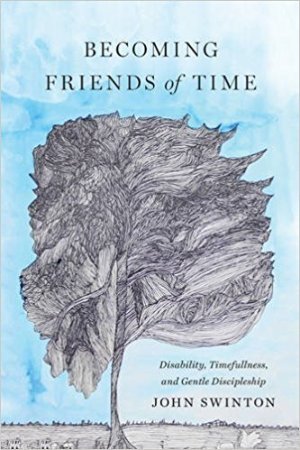