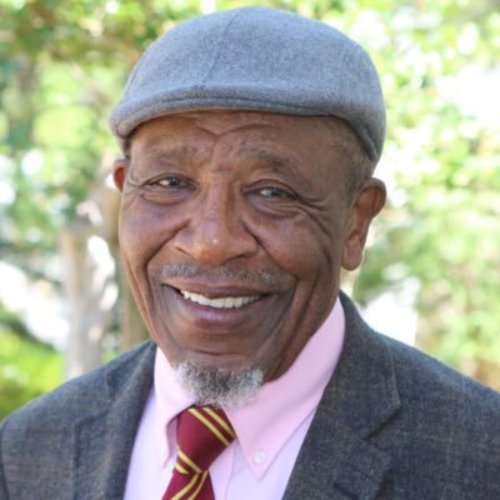 John M. Perkins was born into Mississippi poverty, the son of a sharecropper. He fled to California when he was 17 after his older brother was murdered by a town marshal.

Although Dr. Perkins vowed never to return, in 1960 after he accepted Christ, he returned to his boyhood home to share the gospel of Christ with those still living in the region. His outspoken support and leadership role in civil rights demonstrations resulted in repeated harassment, imprisonment, and beatings.

Today, Dr. Perkins is president of John M. Perkins Foundation for Reconciliation and Development of Jackson, Mississippi. He is one of the leading evangelical voices to come out of the American civil rights movement. He is also an internationally known author, speaker, and teacher on issues of racial reconciliation and Christian community development.

Despite dropping out of school in the third grade, Dr. Perkins is an author and international speaker and teacher on issues of racial reconciliation, leadership, and community development. For his tireless work, he received honorary doctorates from Wheaton College, Gordon College, Huntington College, Geneva College, Spring Arbor University, North Park College, and Belhaven College.

He is the author of nine books including A Quiet Revolution, Let Justice Roll Down, With Justice For All, Beyond Charity, He’s My Brother, Resurrecting Hope, and A Time to Heal. He has written numerous chapters in other books. John Perkins formally served on the board of directors of World Vision, Prison Fellowship, National Association of Evangelicals, Spring Arbor University, as well as 15 other boards.

In 2013 Calvin College established the John M. Perkins Leadership Fellows program. This program is made up of a group of students who are selected to participate in a series of leadership development opportunities during their first two years of college. These opportunities prepare Perkins Fellows to address big issues like poverty, injustice, racism and materialism. Perkins Fellows strive to be servant leaders who are committed to renewal and restoration of our communities. Calvin College had been deeply impacted over the years by the work of Dr. Perkins and is grateful to him for his vision and sacrifice.

“Godly leadership is not about attaining recognition or glory; it’s about serving others.”
—John M. Perkins, Leadership Revolution

Love is the Final Fight: The Life and Legacy of John M. Perkins
Part of the: January Series