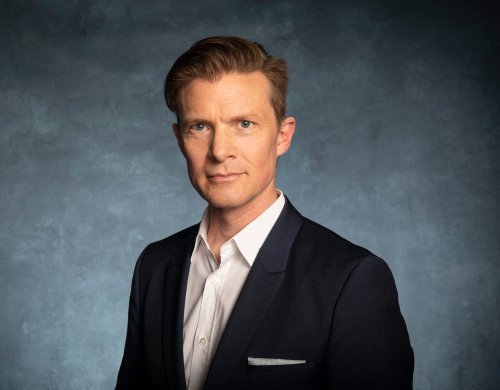 What do you see when you scroll through the news? For many of us, the answer is chaos–a disheartening mishmash of catastrophes and corruption, a tidal wave of bad news and big trends threatening our very future. We know this is not the entire story. We need the bigger picture.

Johan Norberg is an author, lecturer and documentary filmmaker who specializes in the big questions, from liberty and progress to entrepreneurship, globalization and the hidden dichotomies shaping the world. He is a native of Sweden, a Senior Fellow at the Cato Institute in Washington D.C. and the European Centre for International Political Economy in Brussels. He is a frequent commentator in Swedish and international media. In 2018 he received the Walter Judd Freedom Award, previously awarded to luminaries such as Garry Kasparov and Ronald Reagan.

Norberg has written 20 books covering a broad range of topics, including global economics and popular science. The breakthrough came with In Defense of Global Capitalism (2003), published in more than 25 countries. He is currently working on a new book about the struggle between “open” and “closed”, a dichotomy that shapes our history, society and personalities, due for publication in 2020.

His most recent book, the celebrated Progress: Ten Reasons to Look Forward to the Future (2016) was chosen as the Book of the Year by The Economist, Guardian, and Observer. It has been translated to 20 languages (so far). The Economist calls it “a tornado of evidence… a blast of good sense” and The Times writes: “Norberg has a strong case and he makes it with energy and charm. A pertinent book for grumpy times.”

Johan Norberg regularly writes and hosts documentaries on development, economics and current affairs, in most cases for American television, including Overdose: The Next Financial Crisis, Power to the People, Free or Equal, and Economic Freedom in Action: Changing Lives. His latest documentary is Sweden: Lessons for America? about how others can learn from the success and mistakes of his native country.

For his international work, Johan Norberg has received the Distinguished Sir Antony Fisher Memorial Award from the American Atlas Foundation, and the gold medal from the German Hayek Stiftung, that year shared with former British Prime Minister Margaret Thatcher.

He is a passionate, experienced, and acclaimed speaker with engagements from Stockholm to Sydney, from Buenos Aires to Beijing and from Cairo to Capitol Hill on subjects like liberty, progress, entrepreneurship, global trends and globalization. Norberg has been particularly celebrated for his ability to make complex ideas easily accessible and challenge his audience with truly sharp thinking for a rapidly changing world.

Progress: 10 Reasons to Look Forward to the Future
Part of the: January Series 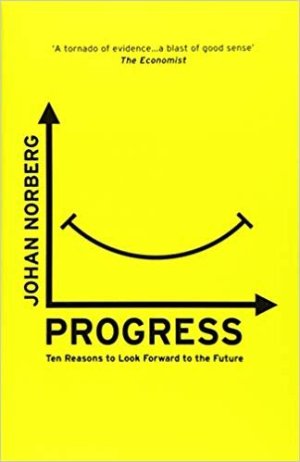