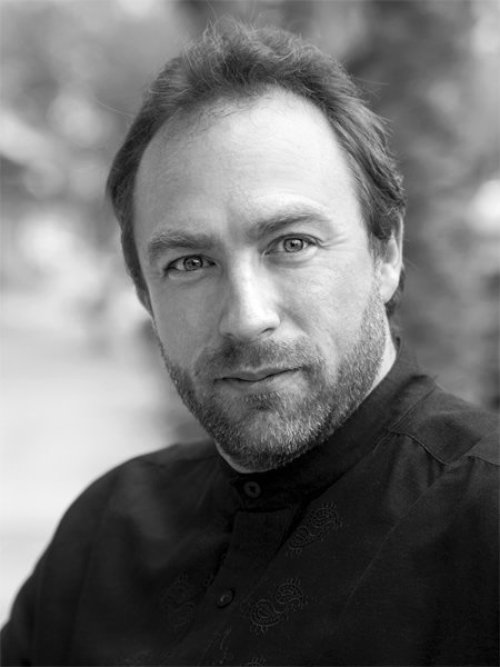 "Imagine a world in which every single person on the planet is given free access to the sum of all human knowledge...To create and distribute a free encyclopedia of the highest possible quality to every single person on the planet in their own language—That’s who I am. That’s what I am doing. That’s my life goal.” – Jimmy Wales, founder of Wikipedia, was ranked 12th by Forbes Magazine in their first annual “Web Celeb 25” List and named one of TIME Magazine’s “100 Most Influential People.”

Wales created the first open-source online encyclopedia truly by the people and for the people. Wikipedia's articles have been written collaboratively by volunteers around the world, and nearly all of its articles can be edited by anyone with access to the Internet. Having steadily risen in popularity since its inception, Wikipedia currently ranks among the top ten most-visited web sites worldwide. In May 2008, Jimmy Wales co-chaired the annual World Economic Forum on the Middle East, the foremost global gathering of political, business and cultural leaders. In 2007, The World Economic Forum recognized Wales as one of its “Young Global Leaders.” This prestigious award acknowledges the top 250 young leaders across the world for their professional accomplishments, their commitment to society, and their potential to contribute to shaping the future of the world. In an address to the forum, Mr. Wales declared that the internet will act as a catalyst in the promotion of democracy. “We do not hear much from everyday people; the Internet can change that. It is going to change political dynamics.”

Listen to Jimmy Wales speak at TED as he recalls how he assembled "a ragtag band of volunteers," gave them tools for collaborating and created Wikipedia, the self-organizing, self-correcting, never-finished online encyclopedia.

Democracy and the Internet
Part of the: January Series