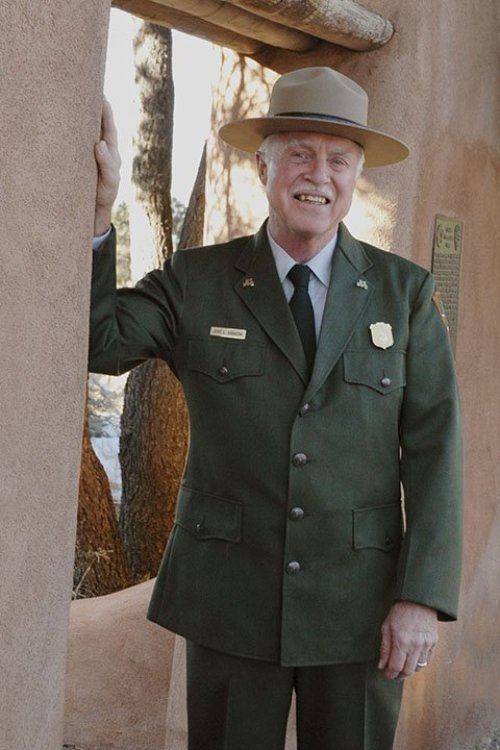 A native of Nebraska where he grew up on a farm, Dr. Jere Krakow developed a keen interest in the American West and historic trails that crossed the farm. A nearby granite marker commemorated the Oregon Trail that was followed by thousands who settled the northwest or worked the diggings of the Sierra gold camps.

After high school he completed a degree at Peru State College, and subsequently while teaching, graduate degrees from the University of Wisconsin and the University of Colorado.  Much of his teaching career was spent as a professor of history at Missouri State University in Springfield where he taught courses in American History, American Indians and the west, and teaching methods for those preparing to teach history and social studies.

Changing careers in the 80's, Krakow began working as a park historian for the National Park Service.  Projects included histories of parks, parkways, the Wilderness Road and mapping national historic trails authorized by congress.  In 1995 he was named Superintendent of National Trails for the Intermountain Region that administered nine national historic trails and the Route 66 preservation program.  During that time he and his wife Jan resided in Salt Lake City and Albuquerque.  Retired now, he remains a resident of New Mexico where he volunteers for the Oregon-California Trails Association, the Camino Real Trail Association, and the Partnership for the National Trails System.