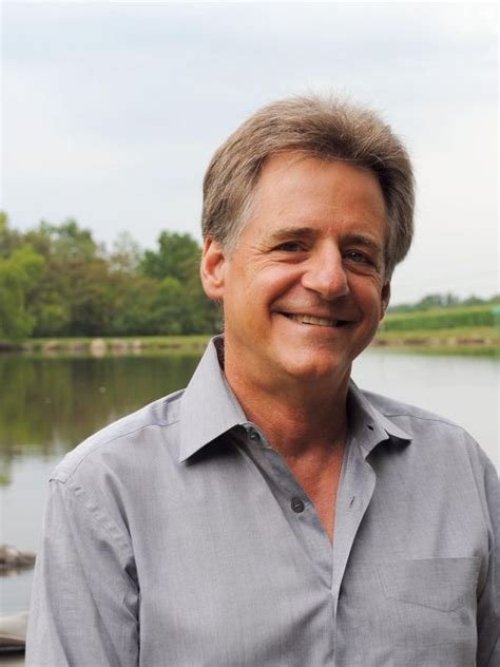 Listen to the Inner Compass interview (#719) of Jeff Shaara that also took place while he was at Calvin College.

Jeff Shaara, a descendant of Italian immigrants was born in 1952 in New Brunswick, New Jersey. He grew up in Tallahassee, Florida, and graduated from Florida State University in 1974, with a degree in Criminology. From age 16, Jeff operated a rare coin business, first out of his home, then in a retail store. In 1974, he moved to Tampa, Florida, and the business expanded. Eventually, Florida Coin Exchange became one of the most widely known precious-metals dealers in Florida. In 1988, Jeff's father, Michael Shaara, died, and Jeff made the decision to sell his business, and take over the management of his father's estate.

In 1993, during production of the Turner film "Gettysburg," based on his father's classic novel, The Killer Angels, Jeff became friends with film director Ron Maxwell, who had been close to Michael Shaara for the many years it took to bring The Killer Angels to the screen. After the critical and commercial success of "Gettysburg," Maxwell approached Jeff about the possibility of continuing the story, finding someone to write a prequel and sequel to The Killer Angels. After some considerable soul-searching, Jeff decided to try to tackle the project himself. The decision was difficult in many ways, but most challenging because Jeff had no previous experience as a writer.

Two years later, Ballantine Books published Jeff's first novel, Gods and Generals, the prequel to his father's great work. Two weeks after its debut, Gods and Generals leapt onto the New York Times Bestseller List, and rode a fifteen-week wave as a national bestseller. Critics nationwide praised the book and Jeff's writing ability. No one was more surprised than Jeff himself. In 1998, the sequel, The Last Full Measure, was published, with the same result: Thirteen weeks on the New York Times Bestseller List, and universal praise from critics and fans nationwide.

In May, 2000, Ballantine Books published Jeff's third novel, Gone For Soldiers, which followed many of the familiar Civil War characters back to their experiences in the Mexican-American War of the 1840's. Received with much critical acclaim, the book became a nationwide bestseller.

Rise To Rebellion, published in 2001, departs from the Civil War era. It is the first of a two volume story of the American Revolution as seen through the eyes of its key participants, and was also a New York Times bestseller. The concluding volume The Glorious Cause, was released in November, 2002, and once again was a national bestseller.

In February, 2003, the major motion picture " GODS AND GENERALS ", based on Jeff's first book, was released by Warner Brothers.

In late October, 2004, Jeff's sixth work, To The Last Man, a novel of the First World War was released by Ballantine. The book received extraordinary praise from notable figures such as General Tommy Franks, Steve Forbes and General Wesley Clark. The book became an immediate national bestseller, and was given the American Library Association's "Boyd" Award for excellence.

For some time, Jeff has been researching a different kind of project, which has now come to fruition. JEFF SHAARA'S CIVIL WAR BATTLEFIELDS was published April, 2006, and is a unique look at ten of this country's most valuable pieces of hallowed ground.

In early 2005 Jeff began research for his next novel, following several significant historical characters through WWII. The first of a trilogy, this book will be published in October, 2006. For more information, check out In The Works

After many years spent in the mountains of Montana and New York City, Jeff has returned to his "home town", and resides once again in Tallahassee, Florida.

The Rising Tide: A Storyteller's View of The Second World War
Part of the: January Series