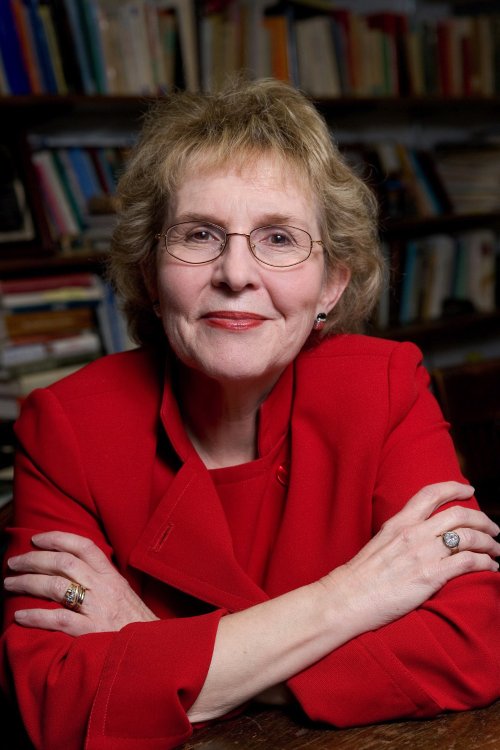 Among her many honours and activities Professor Elshtain has been a Phi Beta Kappa scholar a Fellow of the American Academy of Arts and Sciences a Fellow at the Institute for Advanced Study at Princeton a Guggenheim Fellow and recipient of nine honorary degrees. She has served as vice president of the American Political Science Association chair of the Council on Civil Society chair of the Council on Families in America and co-chair of the Pew Forum on Religion and Public Life. She has been a member of the National Commission for Civic Renewal the Penn Commission on American Culture and Society and the board of the Illinois Humanities Council. Dr. Elshtain is a member of the board of the National Humanities Center the board of the Kenan Institute for Ethics at Duke University and the board of the National Endowment for Democracy. In 2006 she was appointed by President George W. Bush to the Council of the National Endowment for the Humanities. Professor Elshtain is currently the Thomas and Dorothy Leavey Chair in the Foundation of American Freedom at Georgetown University a three-year visiting appointment in the Department of Government.

In addition to being a contributing editor for The New Republic Dr. Elshtain is author of over a dozen books and over 500 essays in scholarly journals and journals of civic opinion. Among her books are: Just War against Terror: The Burden of American Power in a Violent World (2003) Jane Addams and the Dream of American Democracy (2002) New Wine in Old Bottles: International Politics and Ethical Discourse (1998) Real Politics: Political Theory and Everyday Life (1997) Augustine and the Limits of Politics (1996) Democracy on Trial (1995) Women and War (1987) Meditations on Modern Political Thought (1986) and Public Man Private Woman: Women in Social and Political Thought (1981). She co-authored with Aziza al-Hibri and Charles Haynes Religion in American Public Life: Living with Our Deepest Differences (2001). She co-authored But Was It Just? Reflections on the Morality of the Persian Gulf War (1992) with Michael Walzer George Weigel Stanley Hauerwas and Sari Nusseibeh.