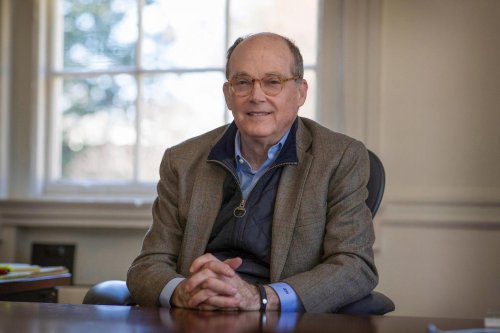 Hunter has written nine books, edited four books, and published a wide range of essays, articles, and reviews—all variously concerned with the problem of meaning and moral order in a time of political and cultural change in American life. His newest book is Science and the Good: The Tragic Quest for the Foundations of Morality (Yale, 2018). In recent years, he published The Death of Character: Moral Education in an Age without Good or Evil (2000), Is There A Culture War? A Dialogue on Values and American Public Life (with Alan Wolfe, 2006), and To Change the World (2010). These works have earned him national recognition and numerous literary awards. In 1988, he received the Distinguished Book Award from the Society for the Scientific Study of Religion for Evangelicalism: The Coming Generation. In 1991, he was the recipient of the Gustavus Myers Award for the Study of Human Rights for Articles of Faith, Articles of Peace. The Los Angeles Times named Hunter as a finalist for their 1992 Book Prize for Culture Wars: The Struggle to Define America. In 2004, he was appointed by the White House to a six-year term to the National Council of the National Endowment for the Humanities. In 2005, he won the Weaver Prize for Scholarly Letters.

Since 1995, Hunter has served as the Executive Director of the Institute for Advanced Studies in Culture. Under his direction, the Institute sponsors university-wide colloquia, provides doctoral and post-doctoral research support, holds conferences, fields national surveys of public opinion on the changing political culture of late 20th and early 21st century America, and publishes an award-winning journal, The Hedgehog Review: Critical Reflections on Contemporary Culture.

His current book project examines the changing deep structures of political culture. He also is the Principal Investigator for the research project Character and Citizenship in 21st Century America: Studies in the Moral Ecology of Formation.

Over the years, his research findings have been presented to audiences on National Public Radio and C-Span, at the National Endowment for the Arts, and at dozens of colleges and universities around the country including Columbia, Harvard, Vanderbilt, Notre Dame, and the New School for Social Research. He also has been a consultant to the White House, the Bicentennial Commission for the U.S. Constitution, the Pew Charitable Trusts, and the National Commission on Civic Renewal.

Culture Wars: The Struggle to Define America
Part of the: January Series