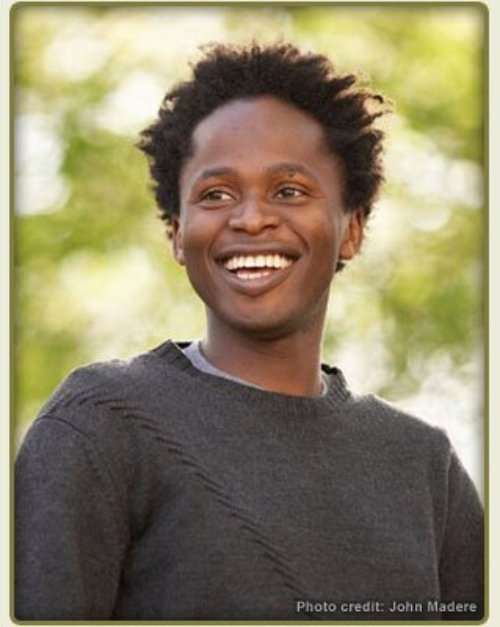 What does war do to the human spirit?

This is the question that Ishmael Beah, widely known author of the New York Times bestseller, A Long Way Gone: Memoirs of a Boy Soldier, tried to answer for the large January Series audience that came to hear him speak Friday.

In his quiet and measured tone, he explained why he was compelled to write his memoir during his last year at Oberlin College, a time when he could have been having fun and trying to forget what happened to him as a boy in his native Sierra Leone when a civil war erupted and he was forced to join in the violence. Beah knew he needed to do something with what had happened to him—he couldn't allow it to sit inside of him and make him perpetually angry. So with the help of a creative writing teacher, he set out to tell the story of his boyhood. He did so not only to tell his own story, but also to tell the story of so many others who were not as lucky as he was to escape from Sierra Leone and be adopted by a family in New York. He did so also to tell the world about Sierra Leone, and to show the humanity of these people who got sidetracked by anger and thirst for vengeance.

Beah said that he speaks in order to allow his story to go out from himself to be possessed by his listeners, reminding them about the humanity present in all and the equal capacity among all human beings to act violently out of anger and hatred towards each others. He also wants his listeners to see the hope that exists even in the most dark and violent places when people do things to help each other. He found this when villagers would give him food, even though he was part of the violent forces in Sierra Leone. He found this when a UNICEF worker rescued him from the violence in his country, and again when a family in New York adopted him and gave him an opportunity for a new life in the United States.

Speaking about writing his memoirs, Beah said that his writing style appeals to many readers because of the creativity he must use when translating images from his native context and language into English. He also said that his writing is enriched by the oral traditions of storytelling he received in his village before the civil war began. Active listening, he said, is something that we must all learn to do better in order to tell good, truthful stories. This tool was helpful for him when writing his memoir years after the events depicted actually occurred; he was able to remember and faithfully record the events of his life.

At the end of his talk, Beah spoke about the importance of education in his rehabilitation process after leaving Sierra Leone. Education showed him that there is more to life than violence and suffering. It also showed him his place in the world—one in which he can help others and forever be grateful that he was given a second chance at life.

Ishmael Beah was born in Sierra Leone on November 23, 1980. When he was eleven, Ishmael’s life, along with the lives of millions of other Sierra Leoneans, was derailed by the outbreak of a brutal civil war. After his parents and two brothers were killed, Ishmael was recruited to fight as a child soldier. He was thirteen. He fought for over two years before he was removed from the army by UNICEF and placed in a rehabilitation home in Freetown, the capital of Sierra Leone. After completing rehabilitation in late 1996, Ishmael won a competition to attend a conference at the United Nations to talk about the devastating effects of war on children in his country. It was there that he met his new mother, Laura Simms, a professional storyteller who lives in New York. Ishmael returned to Sierra Leone and continued speaking about his experiences to help bring international attention to the issue of child soldiering and war affected children.

In 1998 Ishmael came to live with his American family in New York City. He completed high school at the United Nations International School, and subsequently went on to Oberlin College in Ohio. Throughout his high school and undergraduate education, Ishmael continued his advocacy work to bring attention to the plight of child soldiers and children affected by war around the world, speaking on numerous occasions on behalf of Unicef, Human Rights Watch, United Nations Secretary General’s Office for Children and Armed Conflict, at the United Nations General Assembly, serving on a UN panel with Secretary General Kofi Annan and discussing the issue with dignitaries such as Nelson Mandela and Bill Clinton. He is a member of the Human Rights Watch Children’s Rights Division Committee.
In A Long Way Gone, Beah, now twenty-six years old, tells a riveting story. At the age of twelve, he fled attacking rebels and wandered a land rendered unrecognizable by violence. By thirteen, he’d been picked up by the government army, and Beah, at heart a gentle boy, found that he was capable of truly terrible acts. Eventually released by the army and sent to a UNICEF rehabilitation center, he struggled to regain his humanity and to reenter the world of civilians, who viewed him with fear and suspicion. This is, at last, a story of redemption and hope.

A Long Way Gone: Memoirs of a Boy Soldier
Part of the: January Series 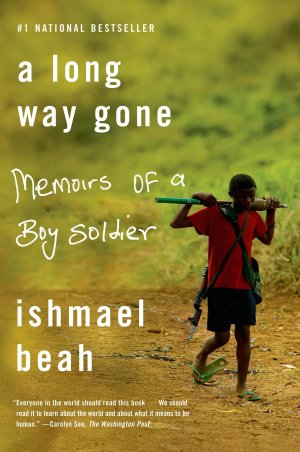 A Long Way Gone: Memoirs of a Boy Soldier
by Ishmael Beah