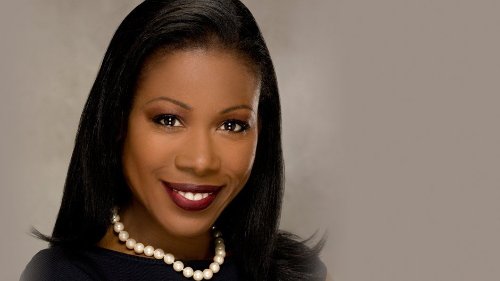 Isabel Wilkerson, the Pulitzer Prize-winning journalist and bestselling author, spent 15 years interviewing more than 1,200 people to write The Warmth of Other Suns, her award-winning work of narrative nonfiction that tells the epic story of three people who made the decision of their lives in what came to be known as the Great Migration.

Wilkerson is a gifted and passionate speaker who has addressed the topics of migration, social justice, urban affairs and 20th Century history at universities across the country and in Europe. She has appeared on national programs such as CBS’ 60 Minutes, PBS’s Charlie Rose, NPR’s Fresh Air with Terry Gross, NBC’s Nightly News, MSNBC, C-SPAN, and others.

Wilkerson won the Pulitzer Prize for her work as Chicago Bureau Chief of The New York Times in 1994, making her the first black woman in the history of American journalism to win a Pulitzer Prize and the first African-American to win for individual reporting in the history of American journalism. She won for her pieces on the rural heartache of the Midwest floods and her profile of a ten–year–old boy growing up with a man’s obligations on the South Side of Chicago. Wilkerson also won a George Polk Award, a John Simon Guggenheim Fellowship for her research into the Great Migration, and she was named Journalist of the Year by the National Association of Black Journalists.

The Great Migration, the focus of her book, was one of the biggest underreported stories of the 20th Century. It lasted from 1915 to 1970, involved six million people and was one of the largest internal migrations in U.S. history. It changed the country, North and South. It brought us John Coltrane, Thelonius Monk, Toni Morrison, August Wilson, Bill Russell, Motown, Denzel Washington, Michelle Obama — all children or grandchildren of the Great Migration. It changed the cultural and political landscape of the United States, exerting pressure on the South to change and paving the way toward equal rights for the lowest caste people in the country. During the Great Migration, her own parents journeyed from Georgia and southern Virginia to Washington, D.C., where she was born and reared.

It was named to more than 30 Best of the Year lists, including The New York Times‘ 10 Best Books of the Year, Amazon’s 5 Best Books of 2010 and Best of the Year lists in The New Yorker, The Los Angeles Times, The Washington Post, The Boston Globe, The Philadelphia Inquirer, The Economist, The Seattle Times, The San Francisco Examiner, Newsday, Salon, The Daily Beast, The Christian Science Monitor, O Magazine, Publishers Weekly, Kirkus Reviews, Entertainment Weekly and a dozen others.

While researching her book, Wilkerson raced against the clock to reach as many original migrants as she could before it was too late. The result is what the judges of the Lynton History Prize, conferred by Columbia and Harvard Universities, described thusly: “Wilkerson has created a brilliant and innovative paradox: the intimate epic. At its smallest scale, this towering work rests on a trio of unforgettable biographies, lives as humble as they were heroic… In different decades and for different reasons they headed north and west, along with millions of fellow travelers. . . In powerful, lyrical prose that combines the historian’s rigor with the novelist’s empathy, Wilkerson’s book changes our understanding of the Great Migration and indeed of the modern United States.”

The Epic Story of America's Great Migration
Part of the: January Series 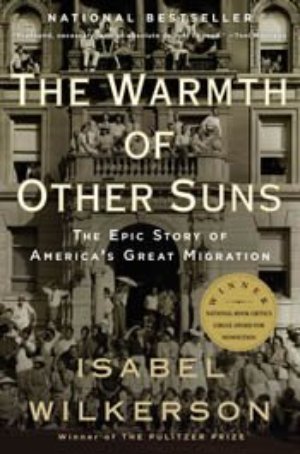 The Warmth of Other Suns
by Isabel Wilkerson