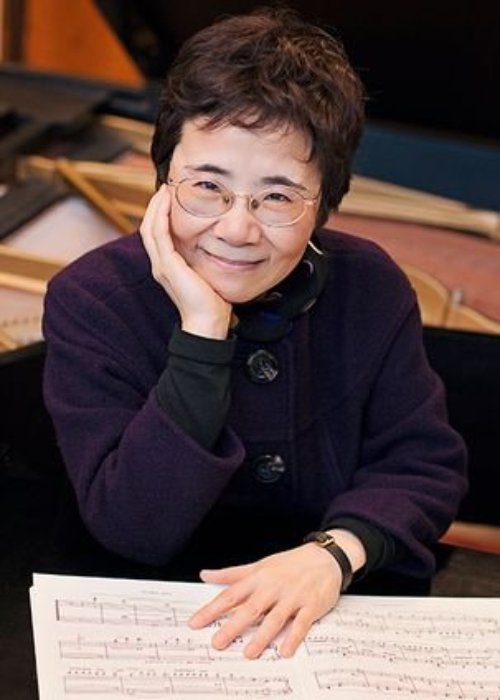 Hyesook Kim joined the faculty at Calvin College in 1991, and has been teaching Piano, Accompanying, Piano Chamber music, Piano Literature, and Music Appreciation. She received her M.M. and D.M.A. from Peabody Conservatory of Music while studying with Ann Schein.

Dr. Kim presents solo recitals regularly and has performed nationally and internationally as a soloist and as a chamber musician in various cities such as Seoul, Pusan, Daeku, Hong Kong, Jakarta, Bandung, Ottawa, Baltimore, Waco, Santa Clara, Ann Arbor, as well as many other cities throughout Michigan, Illinois, and Indiana.

Dr. Kim is a founding member of Ensemble Montage, which gave its first performance in 1997. Ensemble Montage is a chamber music group made up of Grand Rapids Symphony members that has actively introduced some of the great modern music literature to West Michigan audiences. For several years, Ensemble Montage performed a series of contemporary music "retrospectives" at the Urban Institute for Contemporary Arts in Grand Rapids. The group remains active to this day, performing frequently at various Michigan venues. Its repertoire includes twentieth century classics, such as the music of Stravinsky and Schoenberg, and also contemporary works dating from the last fifty years to the present.

In 2004, the Calvin Center for Christian Scholarship awarded Dr. Kim a grant to pursue a research and performance project on the French composer Olivier Messiaen. During the 2004-2005 season, she performed Messiaen's Visions de l'Amen with her colleague Stéphane Lemelin, of McGill University, at a number of venues across the North America, and again in 2008-2009 across Asia. A CD and a book written by historian Steve Schloesser, of Loyola University, were published in March 2014. Prof. Kim is a frequent adjudicator for various competitions and student achievement tests in Michigan.

Concert on Piano
Part of the: January Series