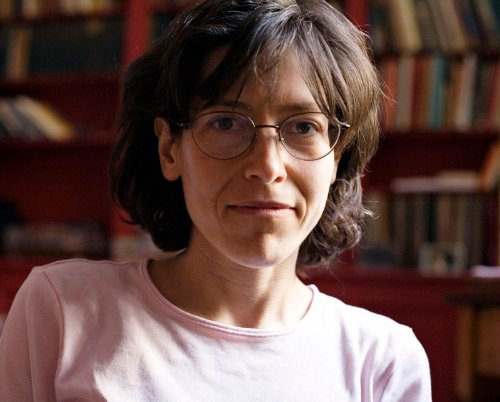 "Dr. Epstein’s basic point is quite true," says Abigail Zuger in her July 3, 2007 New York Times article, "drugs alone will never save Africa. Prevalence and transmission rates are too high, the health care infrastructure is too weak, there are too many other threatening diseases, and the costs are impossible. Instead, experts agree that hope lies in a still-distant vaccine, and in the “invisible cure” of Epstein’s title: dramatic behavioral changes to prevent new infections."

In 1993, Helen Epstein, a scientist working with a biotechnology company searching for an AIDS vaccine, moved to Uganda, where she witnessed firsthand the suffering caused by the epidemic. In her unsparing and illuminating account of this global disease, she describes how international health experts, governments, and ordinary Africans have struggled to understand the rapid and devastating spread of the disease in Africa and traces the changes wrought by new medical developments and emerging political realities. The AIDS epidemic is partly a consequence of the rapid transition of African societies from an agrarian past to an impoverished present. Millions of African people have yet to find a place in an increasingly globalized world, and their poverty and social dislocation have generated an earthquake in gender relations that deeply affects the spread of HIV. Yet, as Epstein argues, there are solutions to this crisis, and some of the most effective ones may be simpler than many people assume.

Helen Epstein is an independent consultant and writer specializing in public health in developing countries. She has conducted research on reproductive health and AIDS in Africa for such organizations as the Rockefeller Foundation, the Population Council and Human Rights Watch, and her articles have appeared in the New York Review of Books, Granta Magazine and many other publications. Her research interests include the right to health care in developing countries and the relationship between poverty and health in industrialized countries.

In 1984 Epstein received her BA in Physics from the University of California Berkeley, in 1991 she obtained a PhD in molecular biology from Cambridge University, and in 1996 she earned her MSc in Public Health in Developing Countries from London School of Hygiene and Tropical Medicine. In 1993 Epstein moved to Uganda in search of an AIDS vaccine. There she taught molecular biology in the medical school at Makerere University in Kampala, Uganda, until 1994.

Although Epstein's efforts to find a vaccine failed, she was able to witness firsthand the suffering caused by the HIV virus, which became the subject of her book The Invisible Cure: Why We Are Losing The Fight Against AIDS in Africa. This autobiographical account discusses 15 years of observing both the epidemic and the reactions to it of Western scientists, humanitarian agencies, and the communities most affected by AIDS deaths. Epstein discusses how the countries that are hardest hit by HIV are not those whose citizens are “promiscuous”, but those where it is common for people to have “long term concurrent” sexual relationships where an individual might have more than one long-term partner at one time, with those partners overlapping for months or years.

Her book, The Invisible Cure, has been referred to as “traveling into remote and hard-to-comprehend territory with an unblinking and sure-footed guide.” It's the product of more than a decade of research resulting in a book that the New York Times called “enlightening and troubling”.

The Invisible Cure: Africa, the West, and the Fight Against AIDS
Part of the: January Series