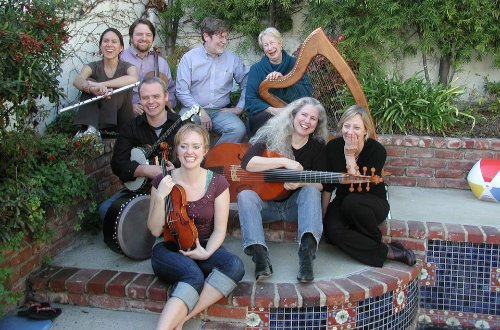 From its inception in 1990, Ensemble Galilei has redefined the boundaries of chamber music, created new work, seized opportunities for collaborative relationships and consistently pushed the envelope in a series of innovative projects that explore combinations of images, words, and music.

After taking audiences into space through the lens of the Hubble Space Telescope (A Universe of Dreams) and on journeys of exploration and discovery with pictures from the National Geographic Image Collection (First Person: Stories from the Edge of the World), Ensemble Galilei now looks to home. With images by some of America’s finest photographers, and the poetry and prose of some of America’s greatest writers, the group’s ambitious new project is First Person: Seeing America.

Begin with the strength, diversity and depth of the Photographic Collection of the Metropolitan Museum of Art: photographs by Walker Evans, Edward Curtis, Edward Stieglitz, Paul Strand, WeeGee and Thomas Eakins. Take those images and accompany them with the words of Jim Harrison, Dexter Filkins, Frederick Douglass, award winning poet Lucille Clifton, James Agee (and others.) The soundtrack is the evocative music of Ensemble Galilei – Bach, traditional music from Scotland and Ireland, and new compositions featuring fiddles, harp, viola da gamba, percussion, whistles and oboe.

Transcendent and soulful music winds around the text as high-resolution images are projected on a large screen in the center of the stage. In their second touring project with Ensemble Galilei, NPR’s Neal Conan and actress Lily Knight brilliantly bring people, events and places to life.

What people! The haunted faces of rural Americans as they struggle to survive the Dust Bowl, indelible portraits of Native Americans. The events that shaped a nation – The Civil War, the Great Depression, slavery and emancipation. And places from the sidewalks of New York to the majesty of Yosemite. Great photographers captured it all – hardship, war and despair, and the gritty determination of extraordinary people in a magnificent land. This is what these extraordinary photographers saw – First Person: Seeing America.