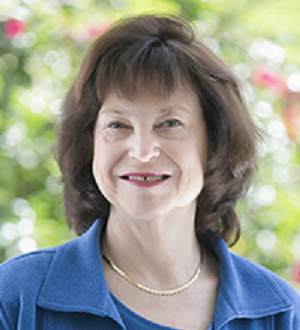 Ellen T. Charry (Senior Advisor for Theology and Religious Studies) is the Margaret W. Harmon Professor of Theology at Princeton Theological Seminary. She earned the MA and PhD in religion from Temple University following the MSW from Yeshiva University and the BA from Barnard College.

Her research and scholarship focus on two themes: how religious commitments theological convictions may contribute to human flourishing and interfaith understanding particularly between Judaism and Christianity. In the Christian theological context of Princeton Seminary she has been teaching on Jews and Judaism in Christian theological perspective for more than a dozen years and regularly prepares and takes Christian seminarians to Jerusalem to experience Judaism, Christianity and Islam as they interact in Israel/Palestine.

Charry’s theological commentary on Psalms 1–50, Signs and Songs of Israel (forthcoming, October 2015) is in the Brazos Press theological commentaries on scripture series. Previous monographs areFranz Rosenzweig on the Freedom of God (Wyndham Hall Press, 1987), By the Renewing of Your Minds (Oxford University Press, 1997), and God and the Art of Happiness (Wm. B. Eerdmans Publishing Company, 2010). Her edited works are Inquiring after God: Classic and Contemporary Readings (Blackwell, 2000), Same-Sex Relationships and the Nature of Marriage: A Theological Colloquy (Anglican Theological Review, 2011) and Austin Dogmatics of Paul M van Buren (Cascade Press, 2012).

Charry is past coeditor and editor of Theology Today (1997–2004) and has served on the editorial boards of the Scottish Journal of Theology, Pro Ecclesia and The Christian Century. Her current research undertakes a thorough reordering of the theological relationship between Judaism and Christianity on theological terms that seeks to end the enmity that has characterized their relationship since Christianity’s inception. A possible working title is Ending Enmity: Construing Friendship between Judaism and Christianity.

God and the Art of Happiness
Part of the: Stob Lecture Series