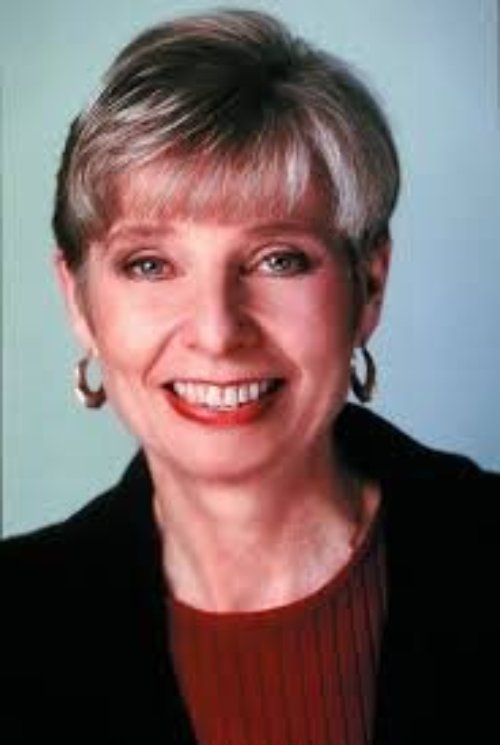 Listen to the Inner Compass interview (#809) of
Eleanor Clift that also took place while she was at Calvin College.

Eleanor Clift described the show she is most known for appearing on—the McLaughlin Group—as a men’s locker room with lots of towel-snapping. In other words, it’s not a place where a woman would typically feel comfortable. It was with this kind of wit and perception that Clift addressed the January Series audience on Wednesday regarding the current political season in the United States—primary season.

Clift mentioned “the cable news bubble” several times during her talk, noting how easy it is to get sucked into it, even though the news stations can often make predictions that turn out quite wrong. In this case, it was presidential nominee Barack Obama’s supposed clear lead over fellow democratic nominee Hillary Clinton in Tuesday’s New Hampshire primary. Clinton ended up taking that race with 39% of the New Hampshire vote.

Even with their incorrect projections, the media may have helped Clinton to edge ahead in the New Hampshire race by playing certain clips over and over again—especially the one that showed Hillary showing emotion in New Hampshire just days before the race. The clip may have helped to strike a sense of empathy in the hearts of undecided democratic voters.

Clift shared her thoughts about the presidential nominees. About the front-running democratic candidates, she recommended that those wanting a manager-president should vote for Hillary while those who would like to see a rally-raising president in the Oval Office should vote for Obama. She noted that Obama could become another Jimmy Carter whose push for change in Washington could become unsuccessful, but he might also be a John F. Kennedy, who while relatively young and inexperienced, may have what it takes to make swift negotiations like JFK did to avert the Cuban Missile Crisis.

On the republican side, Clift mused whether Romney with all his money, intelligence and connections lacked the authenticity many voters are looking for in the next president. Meanwhile McCain has authenticity, and the appeal to independent voters who often decide elections in which the other candidate is particularly polarizing.

No matter who becomes the next president of the United States, Clift said, there will be a dramatic change. The next president will have to deal with the problems facing the nation: an unfinished war, a beleaguered economy and the diminished level of trust the citizens currently have in the federal government.

Eleanor Clift became a contributing editor for MSNBC in September 1994. She writes on the Washington power structure, the influence of women in politics and other issues. She is currently assigned to follow the jockeying over policy and politics in the Democratic-controlled Congress, and the emerging contenders for the 2008 presidential nomination in both the Republican and Democratic parties. Clift also writes a weekly column on Newsweek.com entitled “Capitol Letter” where she analyzes the political news of the week.

Formerly Newsweek’s White House correspondent, Clift also served as congressional and political correspondent for six years. She was a keymember of the magazine’s 1992 election team, following the campaign of Bill Clinton from its start to inauguration day. In June 1992 she was named deputy Washington bureau chief.

As a reporter in Newsweek’s Atlanta bureau, Clift covered Jimmy Carter’s bid for the presidency. She followed Carter to Washington to become Newsweek’s White House correspondent, a position she held until 1985. Clift began her career as a secretary to Newsweek’s National Affairs editor in New York. She was one of the first women at the magazine to move from secretary to reporter.

Clift left Newsweek briefly in 1985 to serve as White House correspondent for The Los Angeles Times. She returned to Newsweek the following year to cover the Iran-Contra scandal, which tarnished the Ronald Reagan White House.

Clift is a regular panelist on the syndicated talk show, “The McLaughlin Group,” and a political analyst for the Fox News Network. She is also co-chair of the board of the International Women’s Media Foundation.

Clift and her late husband, Tom Brazaitis, who was a columnist for the Cleveland Plain Dealer, wrote two books together, “War Without Bloodshed: The Art of Politics” (Scribner, 1996), and “Madam President: Shattering the Last Glass Ceiling” (Scribner, 2000). “Madam President” is available in paperback (Routledge Press). Clift’s most recent book, “Founding Sisters” is about the passage of the 19th amendment giving women the vote (John Wiley & Sons, 2003).

Countdown to Election 2008
Part of the: January Series