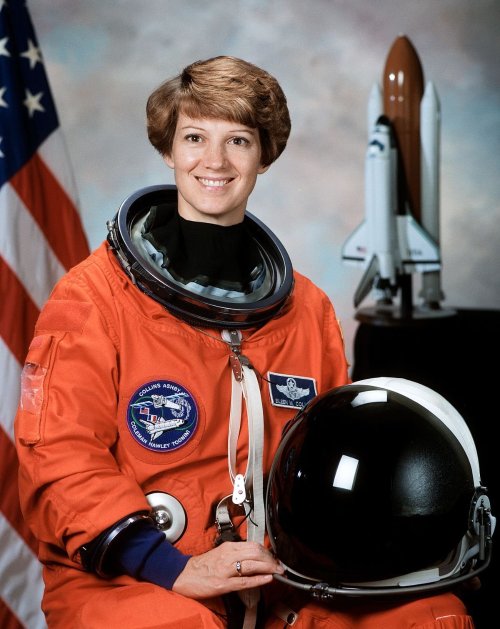 Eileen Collins was selected by NASA in 1990 and became an astronaut in 1991. In 1999 she became the first woman shuttle commander, leading a crew of four other astronauts on a five-day mission which was highlighted by the deployment of the Chandra X-ray Observatory, the heaviest, largest and most powerful X-ray telescope ever launched into space. She was recently awarded the Empire Freedom Medal by the state of New York for "etching her mark on history by knocking down barriers," according to New York Governor George Pataki.