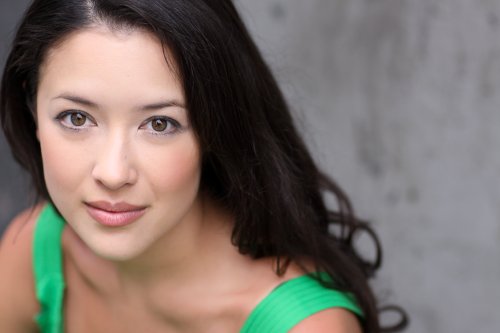 Ms. Lew is an actress who played the role of Belle in “Beauty and the Beast” on Broadway and appeared in the Broadway revival of “The Threepenny Opera”.   Most recently, she was part of Bartlett Sher's acclaimed revival of “South Pacific” at Lincoln Center.  Other off-Broadway shows include “Cinderella,” “Candide,” “Cupid and Psyche,” “No, No, Nanette,” “Up in the Air,” “West Side Story” as Maria, “Amour” as Isabelle,  “Les Miserables” as  Cosette, “Miss Saigon” as Kim,  “The King and I” as Tuptim, and “Myth” as Elizabeth. Deborah has been a concert soloist at Jazz at Lincoln Center and, nationally, with the Asian Americans on Broadway concerts.  She grew up in Grand Rapids, Michigan and is a Calvin College graduate from the class of 2000. Her father, a Christian Reformed minister, is the chaplain at Grand Rapids Community College and at the Kendall College of Art and Design, also in Grand Rapids. Her mother teaches American history and English at Grand Rapids Christian Middle School. She is married to Sean Farell.

Those words apply just as aptly to actress Deborah Lew (Calvin Class of 2000) as they do to the character she played last summer. Reviewers called her performance as Cinderella at the North Shore Musical Theatre outside Boston, Mass., "fabulous," "radiant," "engaging" and "superb." The adjectives have been similarly superlative for her lead roles in other regional shows (West Side Story, Miss Saigon, Amour) and off-Broadway (Cupid and Psyche). On Broadway she performed in Threepenny Opera and in Beauty and the Beast. Read the complete Alumni Profile on Deborah in this 2006 Spark article.

Stories and Songs from the Broadway Stage
Part of the: January Series