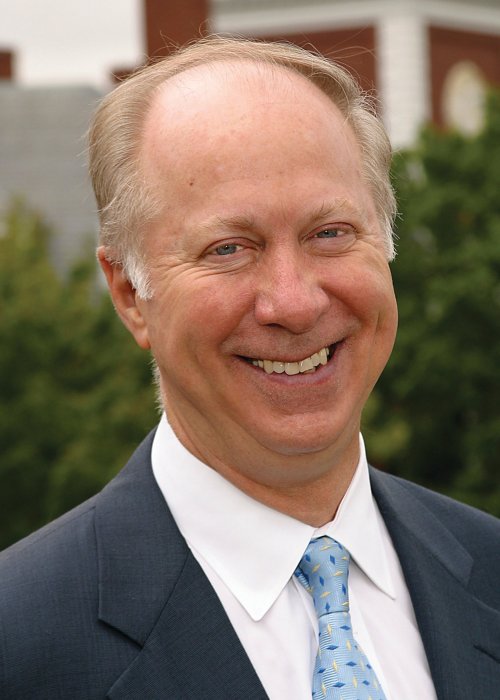 David Gergen is a senior political analyst for CNN and has served as an adviser to four U.S. presidents. He is a professor of public service at the Harvard Kennedy School and the director of its Center for Public Leadership.

In 2000, he published the best-selling book, Eyewitness to Power: The Essence of Leadership, Nixon to Clinton.

Gergen was born in Durham, North Carolina, where his father taught mathematics at Duke University. He graduated with honors from both Yale College (1963) and Harvard Law School (1967), and served as an officer in the U.S. Navy for nearly three and a half years, posted to a ship in Japan.

Gergen joined the Nixon White House in 1971, as a staff assistant on the speech writing team, a group of heavyweights that included Pat Buchanan, Ben Stein, and Bill Safire. Two years later, he took over as director. Gergen went on to become the Director of Communications for Gerald Ford and Ronald Reagan, a counselor on domestic and foreign affairs for Bill Clinton and his Secretary of State, Warren Christopher, and an adviser to the 1980 George H.W. Bush presidential campaign.

In his private life, Gergen works as a political journalist and analyst. He was the first managing editor of Public Opinion, a magazine affiliated with the American Enterprise Institute, and from 1985-1986 he worked as an editor at U.S. News & World Report, where he remains an editor-at-large. Gergen’s career in television began in 1985, when he joined the MacNeil/Lehrer NewsHour for Friday night discussions of politics. Today, he appears frequently on CNN as an analyst for Anderson Cooper 360 and Situation Room.

Gergen joined the Harvard faculty in 1999. He is active as a speaker on leadership and sits on many boards, including Teach for America, the Aspen Institute, and Duke University, where he taught from 1995-1999. He is a member of the Washington D.C. Bar and the Council on Foreign Relations, and holds 18 honorary degrees.

Gergen lives in Cambridge, MA with his wife Anne, a family therapist. They have two children, Christopher and Katherine, and four grandchildren.

The 2012 Elections: Issues and Answers
Part of the: January Series 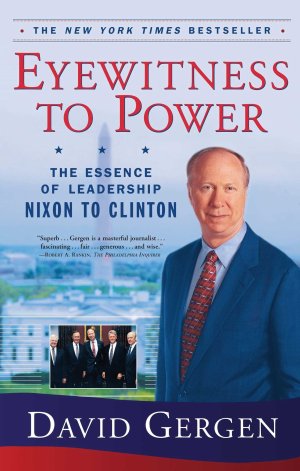 Eyewitness to Power: The Essence of Leadership Nixon to Clinton
by David Gergen
Simon & Schuster (October 2, 2001)