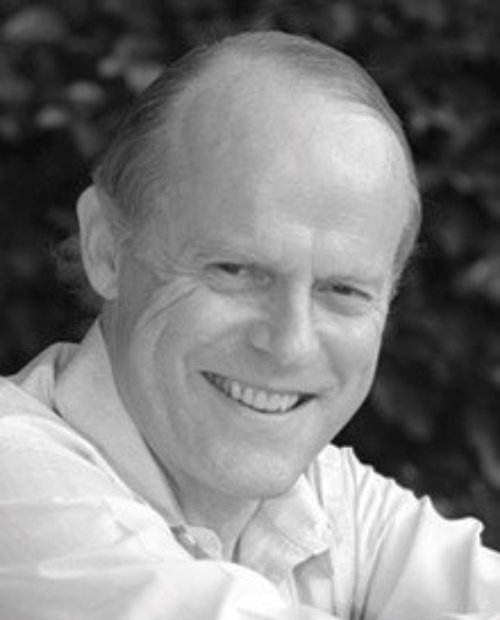 David Aikman is an award-winning print and broadcast journalist, a best-selling author, and a foreign affairs commentator based in the Washington, D.C.-area. His wide-ranging professional achievements include a 23-year career at TIME Magazine with reporting spanning the globe of nearly all the major historical events of the time. Since leaving TIME, he has authored ten books. His latest, The Mirage of Peace: Understanding the Never-Ending Conflict in the Middle East (Regal 2009), released in September 2009, is a comprehensive overview of the nations and societies of the strife-torn region and the historical roots of the intransigent conflicts that have defied attempts to bring a lasting peace.

His other recent books include The Delusion of Disbelief: Why the New Atheism is a Threat to Your Life, Liberty and Pursuit of Happiness (Tyndale, 2008), a response to the spate of atheistic best-sellers, an analytical biography of the great evangelist Billy Graham (Billy Graham: His Life and Influence, Thomas Nelson 2006), and the ground-breaking Jesus in Beijing: How Christianity is Transforming China and Changing the Global Balance of Power (Regnery, 2003). A revised and updated paperback edition was released in October 2006.

With special expertise in China, Russia, the Middle East, Mongolia and religious freedom issues worldwide, Dr. Aikman is frequently invited to deliver expert testimony at Congressional hearings and is a popular speaker at conferences, seminars, panels and to academic, church and professional groups at events all over the world.

Trained as a historian, Dr. Aikman is a professor of history at Patrick Henry College in Virginia, where he also coaches young writers. His academic career includes two decades of teaching international relations at the University of the Nations in Hawaii. Dr. Aikman also serves as a Senior Fellow for The Trinity Forum, a leadership academy that seeks to transform society by helping leaders examine issues in their personal and public lives in the context of faith.

In 1998, Dr. Aikman founded Gegrapha, an international fellowship for Christians in the mainstream media. He is now its founding chairman and a board member.

A graduate of Oxford University’s Worcester College, Dr. Aikman holds a PhD from the University of Washington in Russian and Chinese history.

Dr. Aikman began his reporting career with TIME Magazine in 1971. In the 23 years that followed, he reported from five continents and more than 55 countries, and wrote three consecutive Man of the Year cover stories. As a TIME Magazine Senior Correspondent and foreign correspondent, he interviewed numerous major world figures, from Mother Teresa to Manuel Noriega, from Alexander Solzhenitsyn to Pham Van Dong, from Boris Yeltsin to Billy Graham. Dr. Aikman was assigned to bureaus in Hong Kong, from where he covered the entire Asian region; in Beijing, China; in Berlin, Germany, where he covered all of Eastern Europe; and in Jerusalem, Israel, where he covered the entire Middle East. He was bureau chief in Berlin, Jerusalem and Beijing before returning to the United States to cover the State Department until his departure in 1994 to devote his time to writing books.

Dr. Aikman was a Senior Fellow at the Washington-based Ethics and Public Policy Center from 1998 to 2002. During that time, he also served as editor-at-large of Newsroom, an Internet-based news organization reporting on the religious aspect of news events around the world.

Dr. Aikman is the author of ten published books on a wide range of topics, and the editor or co-author of four others. His 2004 biography, A Man of Faith: The Spiritual Journey of George W. Bush (W Group), was a bestseller and was translated into Chinese and published – entirely uncensored – in China. The presidential biography has also been released in Norwegian. Jesus in Beijing has been translated into several languages, including Korean and Swedish, and been published worldwide. The most comprehensive book-length report on Christianity in China, it is considered a must-read for anyone interested in the Chinese church.

After the Cold War: Global Peace or Global Pieces
Part of the: January Series