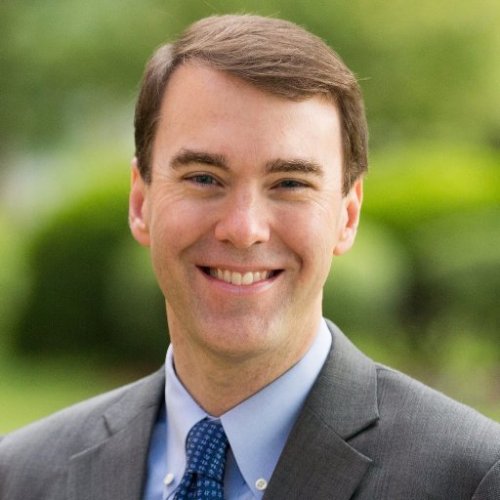 Michael Lindsay offers business leaders a unique perspective on how to bring their ethical values to their job and to their workplace, and uncommon insights into the nature of collaboration, creativity, and cultural change. He is the author of Faith in the Halls of Power, for which he interviewed hundreds of leaders in very senior positions in business, entertainment, sports, public service and the arts to learn how they integrate their deepest convictions with their leadership roles and shape organizational culture and performance through their values and convictions.

Following on this work, Michael now leads an ongoing multi-year study known as The PLATINUM Study—Public Leaders in America Today and the Inquiry into their Networks, Upbringing, and Motivations.

Michael has worked for the Gallup Institute as a researcher, author, public speaker and consultant. He has co-written two books with George Gallup, based on research he helped organize.

A member of the sociology faculty at Rice University, Michael is the Faculty Associate of Leadership Rice and Assistant Director of the Center on Race, Religion, and Urban Life. He has received several awards for his writing, teaching, and speaking and writes a regular column for Rev! magazine.

Michael speaks on important substantive topics with grace and authority. He blends funny and inspiring stories with solid information. Audiences are captivated with his presentation style. He’s engaging, warm, and confident. And he’s as good as they come at connecting with groups, from intimate briefings to very large events. (George Gallup, Jr.)

Faith in the Halls of Power

Trust is the currency of influence that leaders earn from their followers. Michael’s book Faith in the Halls of Power is based on interviews of more than 350 people of prominence, including two former Presidents of the United States and over two dozen Cabinet secretaries and senior White House staffers; more than 100 presidents, CEOs, or senior executives at large firms (both public and private); two dozen accomplished Hollywood professionals; more than 10 leaders from the world of professional athletics; and more than 100 leaders from the artistic, philanthropic, educational, and nonprofit arenas. Faith in the Halls of Power was named one of the best books of 2007 by Publishers Weekly.