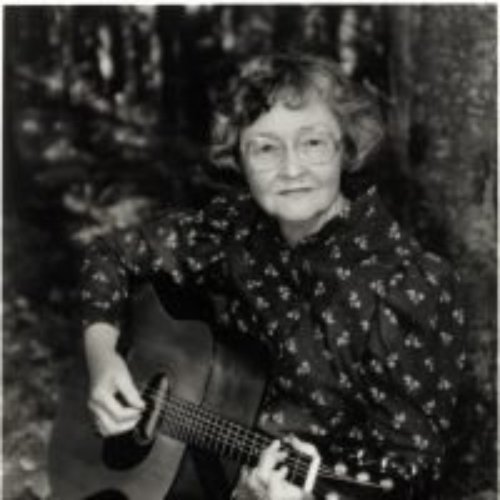 Betty Smith, one of Madison County’s best-known musicians for over twenty years, was born in 1926 in Rowan County, and grew up in Guilford County. Her father was a ballad and shape-note singer. Speaking of popular assumptions about traditional music, Smith says that, “We think it was all up here (in the mountains), but it wasn’t; it was wherever people were making music.” Having grown up hearing traditional Southern music in her Piedmont home, she realized, when the Folk Revival came along, that “they were playing things that I knew.”

She had played violin in grade school, but when she was a young woman she took up the guitar, autoharp, mountain dulcimer, and psaltery, learning by ear. She was soon an accomplished player.

In these earliest days of the Folk Revival the mountain dulcimer was still largely unknown. Smith recollects that one year at Union Grove, after playing the dulcimer in the instrumental competitions, she heard over the loudspeakers, “Betty Smith has won first place in mandolin.” She thought it was a mistake, but a few weeks later, “in the mail here came this ribbon and a check.”

Smith called one of the festival officials and told her, “But I didn’t play the mandolin.”

The official said, “You played something, didn’t you?”

“I played the dulcimer.”

Nowadays the mountain dulcimer is, of course, much more widely known, and Smith is still one of the leading players and teachers of its traditions. Also a highly respected ballad singer, she has performed widely at festivals for the last several decades. In more recent years she has become an award-winning author as well. She wrote and performed in the one-act, one-woman production of “A Mountain Riddle,” based on the life of singer Jane Hicks Gentry, who shared many songs with Cecil Sharp in 1916. “A Mountain Riddle” won the North Carolina Society of Historians’ Paul Green Multimedia Award.