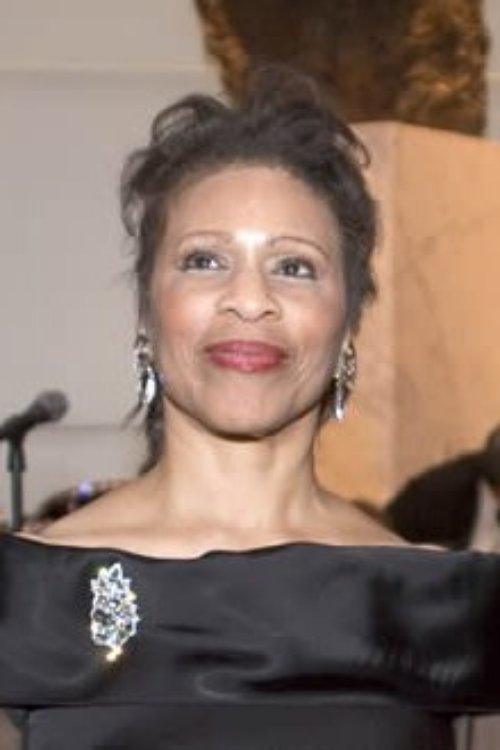 When Adrienne Alyce Conaway Claerbaut ’69 walked into the famous Jazz Showcase—now housed in the old Dearborn Station in the South Loop neighborhood of Chicago—for a meeting of the members of the Jazz Institute of Chicago, it was clear that most of the people in the room knew who she was. After all, Claerbaut has been prominent in Chicago jazz circles—until a couple of years ago the executive director of the Chicago Jazz Orchestra—and, even more famously, the niece of legendary jazz composer and arranger Billy Strayhorn. Last month, the Chicago Tribune named her one of 2011’s “Chicagoans of the Year” for her work in the jazz circles of the city. “If you’ve listened to jazz in Chicago during the last decade or so, you’ve likely benefited from her work—significantly,” said the paper. She goes by her middle name, Alyce, and it is pronounced “Ah-leese.”

A retired university administrator, Claerbaut’s twin goals at this stage of her life are to keep jazz alive and well in her city and to make certain the importance of her uncle’s music and stature in the history of jazz is recognized. She is the president of Billy Strayhorn Songs Inc., a family-owned company that publishes the composer’s music.

“I firmly believe I am meant to be engaged in the jazz world. As a Christian, you try to witness in everything you do, wherever you are—and that’s true for this music, too. God doesn’t call everyone to church ministry; for me, that’s too insular. I have to be out there, with the people that play and love jazz.”

Claerbaut does use her musical gifts in her congregation, in the choir of Evanston’s First Presbyterian Church, and she has produced programs that feature jazz in worship, the latest featuring Tammy McCann, an up-and-coming vocalist that Claerbaut is mentoring and introducing to jazz audiences and industry professionals across the country. She also began this year singing in the choir of the Chicago production of “Too Hot to Handel,” the jazz/gospel version of Handel’s Messiah. Jazz—regarded by many as the one style of music that was born and bred American—has always been a part of Claerbaut’s life. “I was raised in Pittsburgh in a home that was steeped in both jazz and classical music,” said Claerbaut. “Uncle Billy’s work with Duke Ellington exposed me to jazz, and my father was a jazz pianist, often serving as Uncle Billy’s rehearsal pianist during early musical projects. My mother was a lover of classical music, and I was also exposed to opera.” Claerbaut has been trained in classical singing and opera and has a résumé that reflects classical, jazz and gospel programs. She has served as chorister, section leader and featured soprano soloist in various churches in the Chicago area.

So how did this jazz singer from New York City find her way to Calvin College? “When my mother moved us to New York City in the ‘60s, I attended Broadway Presbyterian Church, where I gave my life to Christ in a definitive way,” she said. “The church was down the street from the old Julliard School of Music, and many teachers and students were in our church, spurring on my interest in classical singing. Right across Meadowlands Park from the church was the Manhattan Christian Reformed Church of Harlem, with the Reverend Gordon Negen. Our churches did Young Life programs together.” A Calvin graduate, Calvin Pater, was going to Union Seminary at the time and worked as a Young Life intern at her church. Between Pater’s influence and the interaction of the Young Life programs between the two churches, Claerbaut learned about Calvin and chose to attend. After a year working in a Harlem hospital following graduation to save money for college, she got on a plane to Grand Rapids, Mich., where she entered a world she never knew existed. The Calvin of 1965 was split between the Franklin and Knollcrest campuses—Knollcrest had only the library, dining hall and two residence halls, with the Fieldhouse under construction.

“There’s no other way to say it: complete culture shock. This was homogeneity that was at a level I had never seen. Not only was virtually everyone white, but almost everyone was related to one another, and very few had ever been in a public school prior to Calvin. There was definitely a mindset in that student body that did not lend itself to include someone like me.”

Claerbaut did make friends at the college. In addition to a close relationship with the black students— several of whom she had met in New York— she also connected with a group of white students as well. “Though they had come from the same spiritual and social background as the typical Calvin student, I found a number of friends among those interested in the Civil Rights movement, in Vietnam, in women’s rights—those who were testing the boundaries of the Christian Reformed Church,” she said. That group included, but was not limited to “the Chimes crowd.” Claerbaut convinced student life administrators to let her take her meals at the Franklin campus; one of the main reasons was the “family style” format of dinners in those days at Knollcrest, where women would be seated first and men would come afterward and decide where to sit. “No one, of course, wanted to sit next to me. It was too humiliating to be part of that ritual,” she said. The last two years, living off campus, were better and she majored in Spanish with a secondary education emphasis. She remembers David Vila in the Spanish department and Peter De Boer in education as being particularly helpful. She also enjoyed singing in the Radio Choir and the Oratorio Society. Amazingly, her jazz upbringing managed to follow her to Calvin, when, on April 20, 1967, Duke Ellington brought his orchestra to the college’s new Fieldhouse to perform his “Sacred Concert.” Uncle Billy Strayhorn could not attend, suffering from the final effects of esophageal cancer in New York City (he died May 31, 1967). “Duke found out I was going to Calvin and had the staff pull out a section of the bleachers for me alone to sit in,” she recalled. “After each selection, he’d acknowledge the audience and then bowed personally to me.” Ellington used the occasion as one of the premiere performances of her uncle’s last jazz work, titled “Blood Count,” which had its artistic genesis in the drip of the IV during Strayhorn’s cancer treatment.

After graduation, Claerbaut taught reading, English and social studies at South Middle School in Grand Rapids and then followed husband David to Chicago. Settling into the city, Claerbaut began working at Northeastern Illinois University, first for the dean of the school of education, coordinating the teacher education program. Next, she became involved with adult education, building partnerships with local businesses and community organizations. Her third administrative role at Northeastern was in the school’s service-learning office, meeting student needs and grappling with community issues. Finally, Claerbaut closed out her university administration career as an assistant to the vice president for student affairs. During these years, she raised a daughter—Rochelle, now a Chicago attorney—and continued her involvement with music: opera, classical and, of course, jazz. After she left Northeastern, her calendar became even more filled with musical endeavors, and increasingly, jazz became the focal point. She served on the board of directors and then became executive director of the Chicago Jazz Orchestra. Alongside that work was her involvement through membership in the Jazz Institute of Chicago, her mentorship of Tammy McCann and increased responsibilities with her late uncle’s publishing company. “I think Tammy is on her way,” Claerbaut said. “She has all of the gifts to succeed.” The Chicago Tribune jazz critic Howard Reich agreed, writing that McCann is “the next great voice out of Chicago.”

While making sure Chicago continues to be known for jazz, the music gets really personal for Claerbaut when she begins talking about promoting the life and work of Billy Strayhorn. In 1997 Strayhorn’s heirs formed a company, Billy Strayhorn Songs, Inc., for the purpose of recapturing, preserving, managing and broadening the composer’s legacy. The company was made possible by a clause in U.S. copyright law that enabled authors’ executors and heirs to recapture publishing rights formerly owned by others.

“In music, the seat of power is in publishing. A lot of the work my uncle did for Ellington was published under Ellington’s name. Subsequent investigations of Billy’s papers, music and documents clearly revealed that he was not getting recognition for the music he created.”

Some have criticized Ellington for depriving the man he described as “my right arm, my left arm, all the eyes in the back of my head, my brain waves in his head and his in mine” of rightful fame and profit. Others assert that the flamboyant and social Ellington was only protecting his shy friend who shunned the spotlight. Finding out who wrote what, especially in the fluid compositions of jazz, proved to be a daunting task for Claerbaut and the Strayhorn family. Fortunately, respected writers and researchers published work on the Ellington-Strayhorn composition conundrum at a strategic time. Lush Life: A Biography of Billy Strayhorn, titled after one of Strayhorn’s most famous jazz compositions, was a 1996 biography of the composer by David Hadju. The book was a National Book Award finalist and The New York Times named it one of the top 100 non-fiction volumes of all time. In the book, Hadju discussed the complicated Ellington-Strayhorn relationship and suggests that Strayhorn did not receive appropriate credit. That book was followed by Something to Live For: The Music of Billy Strayhorn by Dutch musicologist Walter van de Leur, which examined the “musical fingerprints” of Ellington and Strayhorn, concluding that Strayhorn had far more to do with Ellington’s orchestra sound—and ought to be listed as composer or co-composer—on many more songs than was currently the case. “There are a number of Ellington devotees who have seen our effort as an attempt to diminish Ellington as a black cultural hero,” she said. “That really isn’t so. But neither is it so that Ellington must be lifted alone, as the singular African American composer. Why can’t Billy also be fully recognized?” The appreciation for Strayhorn’s artistry continues to grow. Filmmaker Robert Levi produced a PBS documentary in 2007—Billy Strayhorn: Lush Life—that won an Emmy the following year for best documentary. The film also won the Peabody Award and the Writer’s Guild Award—the only documentary to win all three. “We’re very excited to be planning a major promotional effort worldwide in 2015, the 100th anniversary of Billy’s birth,” said Claerbaut. What she hopes for is that the composer of timeless songs such as “Take the ‘A’ Train,” “Lush Life,” “Chelsea Bridge” and others will get the recognition he deserves and that a new generation of young people will get to know jazz through the Strayhorn songbook. The family has found unpublished work that it intends to make available to musicians, teachers and students. To her, a wonderful example of faith and the jazz world was found in Father John Garcia Gensel and St. Peter’s Lutheran Church in New York City. That church was a haven to many jazz musicians, including Ellington and Strayhorn. Her family donated Billy’s piano to the church. “My life has been a journey of culture and faith,” said Claerbaut. “At times, my faith expression and my interest in jazz have been stifled by cultural dogmas that do not have a decisive impact on your soul. The force of the Holy Spirit will move the church, and I happen to believe that jazz as a musical expression can be part of that movement.”

Billy Strayhorn: Beyond the Peaceful Side
Part of the: January Series