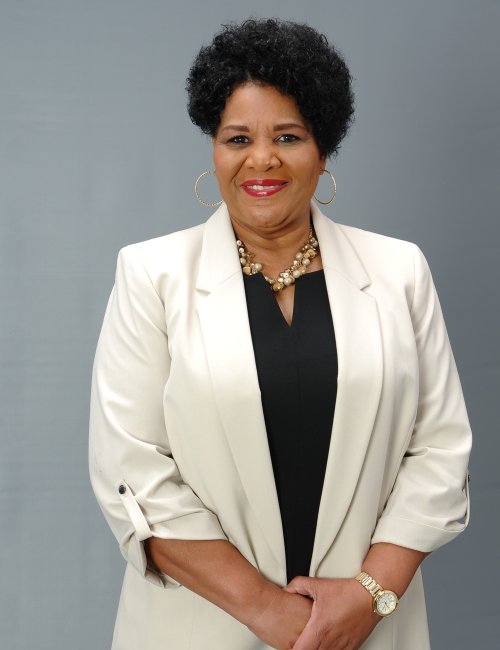 Alice Marie Johnson earned national attention when reality star and business mogul Kim Kardashian West advocated for her release from prison.  In 1996, Alice was sentenced to a mandatory life sentence plus 25 years without parole for her role in a nonviolent federal drug case. This was her first and only conviction ever. The world watched as she was reunited with her family when President Donald Trump granted her clemency on June 6, 2018.

During her nearly 22 years of incarceration, Alice accomplished what has been termed as “extraordinary rehabilitation. While in prison, she received certifications in Electrical, Pastoral Counseling, Hospice Care, and Personal Fitness Training. She became an ordained minister of the gospel of Jesus Christ. She received numerous awards for her contributions and volunteer work.  Alice is a gifted playwright.  Her original plays were not only viewed by prison staff and inmates, but also the outside public.  Alice mentored and counseled many women during her time in prison.

Alice's advocacy work transcended prison bars. She spoke on numerous platforms and venues while incarcerated via Skype.  They included: Hunter College, Yale University, University of Washington in Seattle, New York University, Google, YouTube, and #Cut50 "Home for the Holidays" events. She wrote an op-ed for CNN and did a video op-ed with MIC.com which went viral. That MIC.com video was seen by millions and caught the attention of Kim Kardashian West who has now become a very vocal advocate for prison and sentencing reform.

Alice was an invited guest of President Trump at his State of the Union address in February 2019 where she received a rousing bipartisan standing ovation from the United States Congress and all who were present. Alice’s release has been heralded as being a catalyst for the successful bipartisan passage of the First Step Act.

There have been many amazing accomplishments during Alice’s first year of freedom. Alice was chosen as one of four individuals to be honored on International Women’s Day as a “Women’s Rights Defender” at the United Nations on March 8, 2019. She has been honored and recognized by Google and YouTube. She has served as the featured speaker at many events that include the Stand Together Summit in Colorado Springs, Colorado and the Catalyst for Change Distinguished Speaker Series, held at the National Civil Rights Museum in Memphis, Tennessee. She was also a featured guest and panelist during the 2019 Essence Festival in New Orleans, Louisiana.

Now a published author, Alice has completed her memoir, After Life: My Journey From Incarceration to Freedom. A major film production company is set to produce a movie soon based on her amazing life story.

Alice enjoys being a proud mother, grandmother, and great-grandmother and has traveled the country since her release speaking to audiences of thousands. Her story represents the need to fix a broken criminal justice system. Her passionate fight and advocacy for the freedom of others has become a beacon of hope for those who remain incarcerated.

After Life: My Journey from Incarceration to Freedom
Part of the: January Series 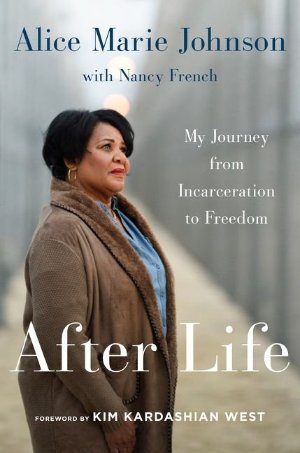 After Life: My Journey from Incarceration to Freedom
by Alice Marie Johnson
HarperCollins (May 21, 2019)