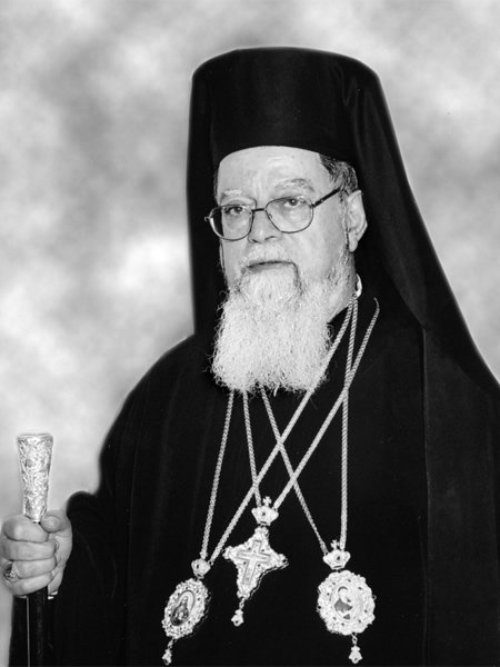 Abuna Elias Chacour is an ordained Palestinian Christian priest and educator from Israel. He is a Melkite Catholic Priest and the founder and president of Mar Elias Educational Institutions. He has dedicated himself totally over the last thirty-plus years to efforts for reconciliation between Jews and Palestinians in Israel. In particular Mar Elias Educational Institutions has been serving as a site for developing mutual understanding between youths of different religions and ethnic backgrounds. Many gifted students have graduated from the institutions imbued with a love of peace and justice. Abuna Chacour’s educational undertaking to realize peace in society has drawn the attention of other religionists. He is a person who is able to shine a guiding light on the difficult problem of Israel’s relations with the Palestinians. The relationship between Israel and the Palestinian autonomous government continues to be confrontational and divisive. The successful route to peaceful reconciliation has yet to be found. That is why Abuna Chacour has said: “International agreements, the signing of peace treaties between governments and heads of states, have proved to be shaky, superficial, and easily damaged. At heart, they lack roots. They are only signatures on pieces of paper. Through the Mar Elias Educational Institutions we want to reach agreement in the hearts of the younger generation, the leaders of tomorrow. These roots planted in the hearts of young Jews, Palestinian Christians, and Muslims cannot be easily destroyed.”

Elias Chacour was born November 29, 1939 in the village of Biram in Upper Galilee in Arab Palestine to a Palestinian Christian family, members of the Melkite Catholic Church, an Eastern Byzantine Church in communion with Rome.

At the age of eight years, he experienced the tragedy of his people.  He was evicted, along with his whole village, by the Israeli authorities and became a deportee and a refugee in his own country, the Palestine of his birth. Because he remained in the country of his forefathers, he was granted citizenship of Israel when the state of Israel was created in 1948.

Abuna Elias Chacour came to Ibillin as a young priest in 1965. He quickly saw the lack of educational opportunities for Palestinian youth beyond the 8th grade. A vision of a school for all the children of Israel began to take shape in his mind. Today, this vision has become a reality in the village of Ibillin, Galilee.

In the early 1980’s, on an empty hillside now known as the Mount of Light, a classroom building was begun. The newly formed high school moved from temporary quarters in the community center to the new building as soon as it was ready. The original High School has expended considerably, and the history and background speaks of the expansion on the Mount of Light.

Abuna Chacour has become an ambassador for non-violence and someone, who not only preaches, but lives the Sermon on the Mount.  He travels very often between the Middle East and other countries around the world. In addition, hundreds of groups of visitors, fact-finding missions, and pilgrims have visited and continue to visit with him in Ibillin. He has received many International peace awards and been nominated for the Nobel Peace Prize on three occasions. On March 10th, 1994 , Father Elias Chacour received the prestigious World Methodist Peace Award that has been presented in the past to such pilgrims for peace as former U.S. President Jimmy Carter and the late Egyptian President Anwar el-Sadat.On Feb 19th, 2001, Abuna was announced to be the recipient of the Niwano Peace Prize.

Abuna Chacour is the founder and president of the Mar Elias Educational Institutions which is open to all Israelis regardless of religious background. They desire to be a kind of oasis within Israel, where young people—whether Christians, Jews, or Muslims—can join with one another to work together to create a common future. The institutions provide a meeting
ground for practical training toward peaceful coexistence based on religious pluralism
and dialogue.

In 2007, Mar Elias Educational Institutions celebrated 25 years of providing one of the highest standards of education in all of Israel. It has grown into a small village of six schools and is the only campus in Israel which welcomes Christians, Muslims, Druze and Jews - in the words of Abuna "a most beautiful composition of any society."

Unity Within Diversity: Myth or Reality?
Part of the: January Series 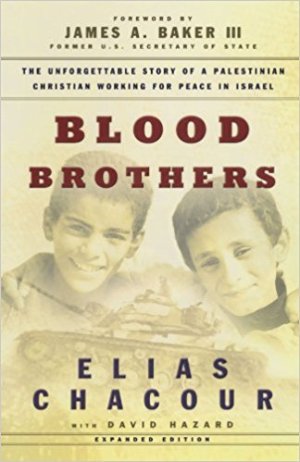