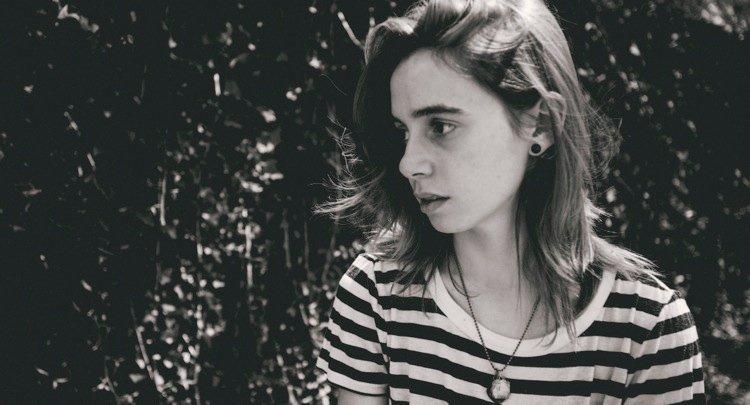 For a 20-year old, independent artist who wrote an album in her first year of college, Julien Baker is everywhere. Since the release of her debut album, Sprained Ankle, in fall of 2015 she has toured the country, opened for Death Cab for Cutie, recorded a song with hardcore outfit Touche Amore and will be opening for The Decemberists later this spring, all while gaining widespread praise from publications such as The New York Times, Pitchfork, NPR and the AV Club. It is clear that this flurry of activity and exposure is well earned as soon as one listens to Sprained Ankle, which is a gorgeous and devastating collection of songs that explore themes of self-worth, depression, faith and the various obstacles that get in the way.

Sprained Ankle begins with a car crash, but rather than the loud and immediate entrance you’d imagine from this type of story, the album begins silent and somber, with just voice and guitar. The opening track, “Blacktop,” sees the narrator in the back of ambulance, hooked up to an IV, reflecting not only on the existential concerns of what just happened, but also smaller memories from the past that inform aspects of her faith and identity. The song is a life-flashing-before-your-eyes kind of sentiment that is made fresh with nuanced soul-searching and calls for communion with God. The opening stanza sets the tone of both the song and the album perfectly when it says,

Do you think there’s a way
I could ever get too far
That’d You’d ask where I’d been
Like I ask where You are?
But I know You’re in the pews
The same as stools around the bar
And I know I saw Your hand
When I went out and wrapped my car
Streetlamp….Around the street lamp

From there, Sprained Ankle continues unpacking an inherited faith while moving towards a new and more personal one. A large part of this process is looking at various wedges, or perceived wedges, that interrupt connection with people and connection with God. The song “Everybody Does” details it this way,

The roadblock here could be interpreted as almost anything, but given Julien’s identity as a gay Christian, the song seems to point the listener towards subjects that the church has traditionally struggled to accept, resulting in the alienation and shunning of countless individuals. Despite this historical precedent, Baker pushes on, continually reaching for God, as in the song “Rejoice,”

To reconcile identity with a sometimes-conflicting environment, Julien Baker asks questions of her own responsibility in her current circumstances. Throughout the songs on Sprained Ankle, there is often an internal struggle with actions made and not made, wondering if different outcomes were possible with different choices. This can be seen in this excerpt from the song “Something,”

The idea that things could have turned out differently had she chosen a different action is at the forefront of “Something,” and shows up elsewhere on the album. It is the weight of this burden that makes the album closer, “Go Home,” so poignant. The song is a slow-paced piano number that describes a beaten character walking aimlessly through an internal landscape of personal and spiritual exhaustion, reflecting on all the damage of the past while begging for relief. “Go Home” ends on these words before the piano plays the hymn “In Christ Alone” to finish out the album,

And I know my body is just dirty clothes
I’m tired of washing my hands
God, I wanna go home

Sprained Ankle is a startlingly realized album for a debut, using just guitar, vocals and the occasional piano. Whether in pain or in praise, Julien Baker rests in the faith that her voice is heard. It is here that Sprained Ankle finds its purpose; despite human short-comings that drive others from faith or contentment, Julien Baker’s resolve remains, and the impassioned cries for deliverance ring all the louder because of it.

Workshop: Julien Baker
Part of the: Festival of Faith and Music


Workshop: Julien Baker
Part of the: Festival of Faith and Music