Where are North American churches on the issue of religious persecution? 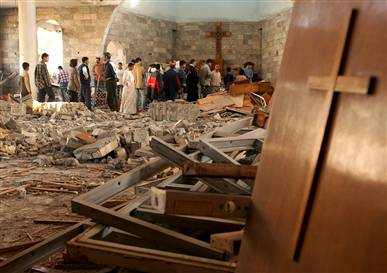 That is the question motivating this long-term research project.  Over the past two decades, we know that remarkable coalitions of groups from across the ideological and religious spectrum have pushed for stronger policy responses to religious persecution around the globe.  Allen Hertzke’s excellent Freeing God’s Children: The Unlikely Alliance for Global Human Rights is one of the best chronicles of this work of the coalition.

Yet, with a few exceptions, churches have been absent from the effort.  This project explores explanations for their absence and arguments for their presence.

This project is divided into two parts.  One focus is the treatment of religious liberty and persecution within a single binational denomination, the Christian Reformed Church in North America (CRCNA).  Leaders in the CRCNA asked Kevin den Dulk, along with several other scholars and church leaders, to study religious persecution and offer suggestions to the denominations to address it.  The other focus flows out of this denominational work: a study of the broader landscape of denominations in the United States on this issue.  Some of the data for that latter study are included in the accompanying graphics.

There is no doubt that religious persecution is a growing -- and global -- problem. Nearly three quarters of the people living across the planet live in areas of persecution, notes Institute Director Kevin den Dulk (The Banner, 10/2016)

In 2013, the Christian Reformed Church in North America commissioned a special Committee to study the issue of religious persecution and liberty