Student Research Fellows -- 2016 and before

“By taking seriously Clinton’s early religious faith and by refusing to compartmentalize faith in the ‘private’ realm, this research is both innovative and timely,” noted Du Mez. “With speculation rampant that the former Secretary of State will be running for President in 2016, this is a topic of current interest, and the assistance of a McGregor scholar will be essential in bringing the project to timely completion.”

“As Christians, we should care about...protecting children without parental care," noted McBride. "My research investigates how adoption has become a gloval, interconnected phenomenon through states learning...that [adoption] can provide a solution to a domestic child welfare crisis...and it is a solution they can easily initiate."

"The overall study will be focused on the effects of education policy on non-public schools," explained den Dulk. " We hope to determine how various policies intended to expand school choice have impacted private school enrollments across states and over time. An important first step in our research is to record and quantify data that will be used as we continue our research, and our two students this summer are a critical part of that initial task."

Undergraduate Research Fellows: Nicole Vander Meulen and Brad Wassink (both senior Political Science majors)
Faculty Member: Dr. Amy Patterson (Calvin Political Science)
Research Focus: The role and effectiveness of HIV support groups in Zambia, a country with an HIV rate of 14%. In these support groups, HIV positive patients can talk about their experiences living with the virus, encourage each other, talk about the challenges they face concerning medications, consider how they interact with family and friends, and also get support to receive anti-retroviral treatment (ARVs).

Undergraduate Research Fellow: Tianna Wierenga (senior Studio Art major)
Faculty Member: Dr. Mandy Cano Villalobos (Calvin Art and Art History Department)
Research Focus: A visual arts project entitled Voces, which told the stories of the women of Ciudad Juarez in Mexico where, since 1993, mass femicide has been taking place. The project sought to combine a social justice focus with a visual awareness of the existing social and political distress of the area.

“The Undergraduate Research Grant was such a benefit for both Tia and myself. It allowed me to share my knowledge of a topic about which I care deeply. But more profoundly, the grant provided Tia with the opportunity to broaden her understanding of an under-recognized social justice issue and a marginalized culture through her passion for art.”

Undergraduate Research Fellow: Andrea Lima (junior Nursing major)
Faculty Member: Dr. Gail Zandee (Calvin Nursing Department)
Research Focus: Community health, including disparities in health care in local Grand Rapids-area neighborhoods that have historically been underserved. As part of their research, they interacted with neighbor-hood members and collaboratively identified action plans to address disparities, conducted focus groups and surveys within the target neighborhood, and designed a report of the study’s finding, which received an award for research efforts in community nursing.

“The Henry grant was an integral part of continuing our nursing department’s work in community health. The learning opportunity for Andrea was very valuable, and our ongoing program certainly benefited.”

Undergraduate Research Fellow: Elliott Spronk (senior Architectural Engineering major)
Faculty Member: Dr. You-Kyong Ahn (Calvin Art and Art History Department)
Research Focus: A study of the architectural history of the Calvin College campus, including recording the architectural characteristics of the current campus and conducting a survey examining perceptions of those features. The resulting report on their research suggests significant design elements related to maintaining the architectural integrity of Calvin College in the future, as additional buildings are added and altered in the public space of the campus.

“The Henry Institute’s support was a great incentive for both Elliott and for me. It is difficult to find time for research work during the semester; the grant helped me to find a motivated individual to assist in the project. It was a rewarding and enjoyable experience to work with a student.” 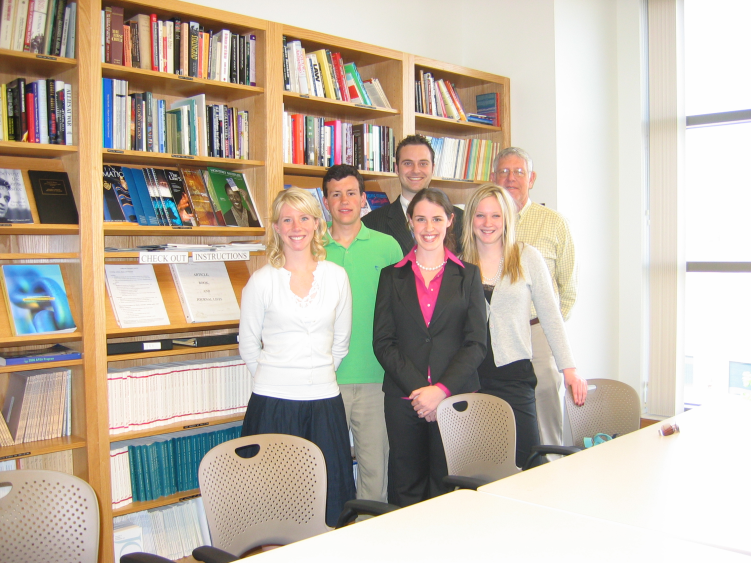 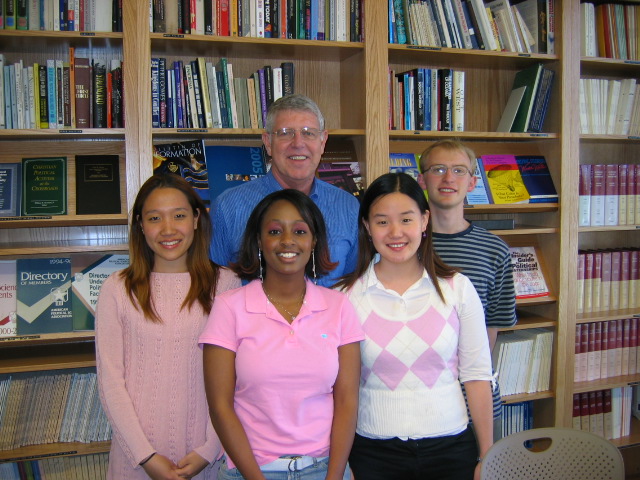 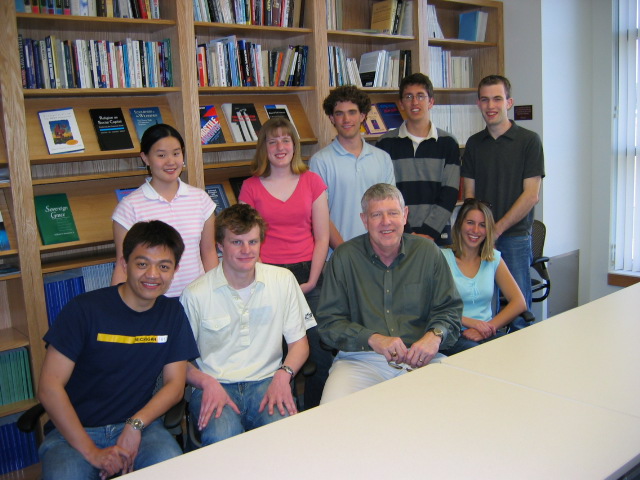