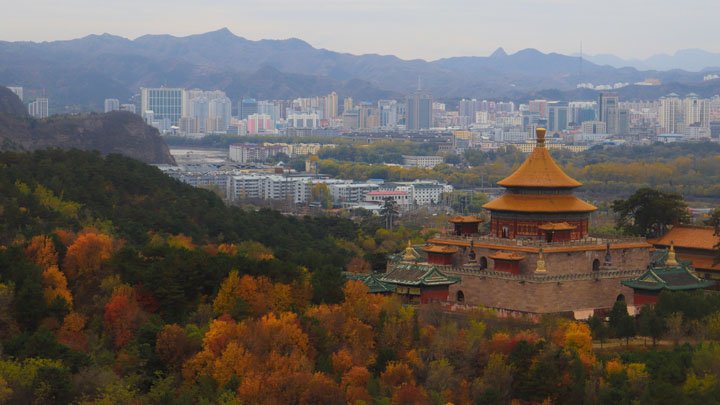 “As we look to the future, we must continue to go where God calls, to help our students learn about all the wonder and heartbreak that can be found when we engage people and places with a curious mind, an open heart, and willing hands,” said Don De Graaf, director of off-campus programming.

On April 9, 2018, Calvin celebrated 50 years of off-campus programs. Festivities included an expo where students were invited to explore more than 30 off-campus opportunities for the 2019 school year, a short program, and a cake reception. “One of the things I love about the expo is the energy,” said DeGraaf. “Students are excited to find out where they could go; faculty are excited about the possibilities.”

Professor Arthur Otten led the first off-campus interim to France in 1968, which remained the only off-campus program until 1971, when the German interim was introduced. Since then, the German interim has been offered 38 times—more than any other off-campus program. “While the language departments have led the way, we have seen off-campus interims offered in almost every department,” said De Graaf. “In addition, faculty across disciplines have collaborated to offer a variety of creative interdisciplinary courses.”

“It is interesting to note that 1968, the year of Calvin’s first off-campus interim, was a difficult year in many ways,” said De Graaf. “Time magazine called it one of the most disruptive years, something that was felt for decades afterward. We look at the world today and think everything is going crazy, but in 1968 Martin Luther King was assassinated, Robert Kennedy was assassinated, we had a major confrontation with North Korea. Yet, during such chaos, Calvin chose to engage rather than retreat.”

De Graaf—who said he has been the recipient of many of the benefits of living and learning abroad—believes off-campus programs go hand-in-hand with Calvin’s mission to think deeply, act justly, and live wholeheartedly as Christ’s agents of renewal. “Our office seeks to promote interdisciplinary learning, intercultural competence, social and emotional growth, and faith formation and spiritual development,” said De Graaf. “Seeing a new perspective and beginning to understand our place in the world encourages students to think about living justly and their role in bringing about God’s kingdom.”

“I encourage students to join an off-campus program because it’s an amazing experience, but at the same time, it’s not an easy experience,” said De Graaf.”

“I always say there’s no growth without getting outside your comfort zone,” said Christine Kim, who studied in Spain for the 2017 spring semester. “Taking part in a different culture and getting out of my comfort zone was a good thing.” Kim said her experience in Spain even inspired her to pursue student teaching abroad for her senior year. “I would recommend other students participate in an off-campus interim or semester even if they have never been abroad. It widens your perspective on how you view the world around you.”

De Graaf hopes off-campus programs bring learning alive for students. “We are trying to go where God is calling us to go, and I think that is a really amazing thing,” he said. “It allows us to see the wonder as well as heartbreak in the world and helps us start to understand our place in it.”