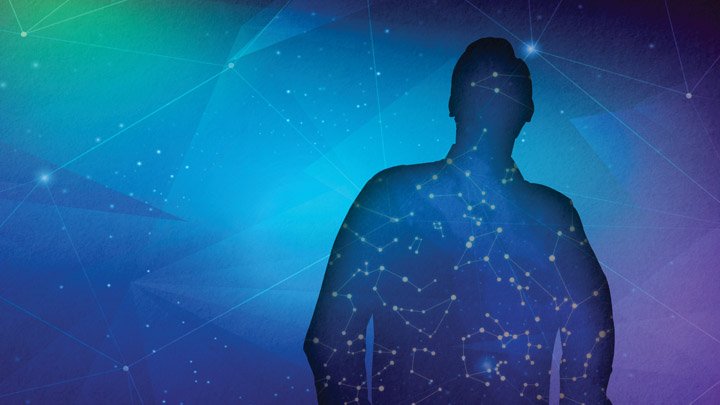 In 2017, Larry Molnar made a bold prediction that a binary star in the constellation Cygnus was a strong candidate to merge and explode in the near future.

Calvin College professor of astronomy Larry Molnar made a bold announcement in 2017—he and his team had identified a binary star in the constellation Cygnus, the Swan, that was a strong candidate to merge and explode in the near future.  Known by its Kepler mission number, KIC 9832227, the pair of stars is about 1800 light years from Earth and has an orbit so close that it takes just 11 hours to go around once.  That first-of-its-kind prediction caught the attention of an international audience, creating excitement within the scientific community and among the general public.

The interest led Molnar’s peers to dig deeper into the discovery, in essence doing what Molnar says is “good science”—scrupulously testing his prediction.

Now, 18 months later, a team of researchers led by Quentin Socia, a graduate student at San Diego State University, has published a paper in the Astrophysical Journal Letters reevaluating Molnar’s predicted merger, concluding it will not happen. And Molnar agrees with that assessment.

“Good science makes testable predictions,” said Molnar. “There have been a few other papers that have tried to poke at our project, and we’ve been able to poke back—criticisms that just don’t fly.  But this one does fly, and I think they have a good point. This illustrates how science can be self-correcting.”

Molnar’s prediction was anchored by data.  The binary orbit is oriented such that the stars take turns eclipsing each other from Earth’s viewpoint.  The prediction used measured times of minimum light (mid-eclipse) from all available sources.  From 2013 to 2016, the Calvin Observatory was used to make an extensive series of measurements.  Archival measurements from other observatories were found from every year from 2007 to 2013.  This was rounded out with one very early measurement from 1999 from the Northern Sky Variability Survey (NSVS). Furthermore, since the prediction was made public, over a year of new data from the Calvin Observatory has been taken that follows the predicted trajectory.

Socia and his team explored the observation gap between 1999 and 2007 by analyzing previously unpublished archival data taken in 2003 for the NASA Ames Vulcan Project. They were surprised to find the eclipses occurring one half hour later than expected by the merger hypothesis.  This led them to re-evaluate Molnar’s estimates of eclipse timing.  They confirmed the many values from 2007 on.  But they found the 1999 NSVS value to be a full hour later.

The discrepant NSVS value was traced to a typographical error in the paper published to describe the 1999 data.  The paper misrepresented the time of the eclipse by exactly 12 hours. This, in turn, put Molnar’s calculation off by one orbit (11 hours) plus one hour.  Finally, the revised status of what occurred from 1999 to 2003 alters predictions for the future. So, the agreement between the past year of measurements and Molnar’s published prediction must now be seen as a coincidence rather than a confirmation.

Determined Quest for Truth and Knowledge

“This is arguably the most important part of the scientific process. Knowledge advances the most when bold predictions are made, and people question and test those predictions,” said Socia. “Often the most exciting discoveries happen when our expectations are not met. This is a good example of how scientists from different parts of the world can work together to better understand how our universe works, bringing with them new pieces to the puzzle.”

“While this is disappointing from a public anticipation point of view, it’s an important scientific step that was necessary so that we could develop the tools and techniques to look at these things more generally, so we can eventually find a pair of stars about to merge,” said Matt Walhout, chair of Calvin’s physics and astronomy department. “And that’s something that wasn’t being done by others, but we are still pursuing. We aren’t packing our bags and going home—Larry has made an important contribution to discoveries about how to look for these things.  There are other examples of that kind of dynamic in the history of science as well, where the first search doesn’t pan out and eventually someone does make a discovery.”

Supplemental online material including a figure can be found at: http://www.calvin.edu/observatory/MergingStar/2018Update.html