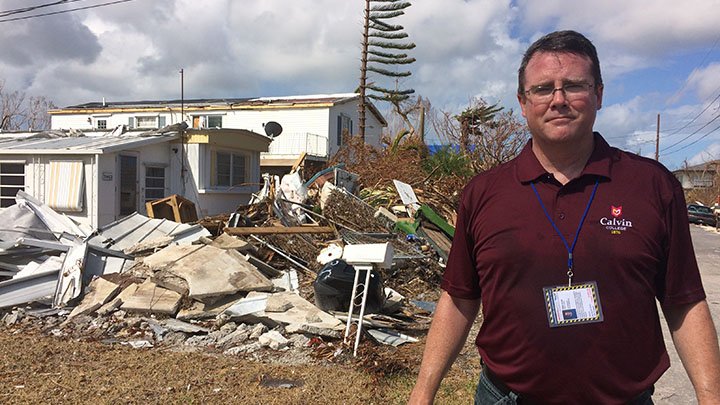 Engineering professor Frederick Haan went to the Florida Keys in fall 2017 to assess and record the damages of Hurricane Irma and develop solutions for the future.

“I have always been fascinated by the wind,” said Frederick Haan, professor of engineering. In September 2017, Haan went to the Florida Keys to assess and record the tragic damages of Hurricane Irma on low-rise buildings including houses.

Haan has been researching wind engineering for more than 20 years, looking at the wind’s effects on structures. His work makes sure buildings do not get damaged by high winds, especially during hurricanes, tornados and thunderstorms. “While I wanted to study aerodynamics as a kid, I never thought I would be applying that knowledge to buildings, but it’s a great application, and here I am,” he said.

In Florida, Haan was part of a National Science team working to evaluate hurricane damage in Florida and Puerto Rico with his team primarily assessing damage in the western Keys. “The purpose of our research in the Keys was to see what kind of forces and wind loads we can expect during hurricanes and find out if there is something that can be done about those kind of winds,” said Haan.

“A lot of research has shown that we do not just have to throw up our hands and say there is nothing we can do,” said Haan. “Actually, if we built just a little bit better—which does not have to be expensive—there are a lot of high wind events that could be significantly less damaging.”

Haan’s team looked at the swath of damage that resulted from the storm, which could be very wide or narrow depending on how good the construction was. While assessing the damage, Haan said he and his team found multiple instances where the roofs of houses were only attached by a couple nails. “If construction was better, there will still be zones that have significant damage, but I do not think those zones have to be nearly as large as they are now.”

Using a smartphone app, the team uploaded pictures of and information about damaged areas of the Keys to a location-based data collection. This information will be developed into damage maps of all affected areas.

Each day Haan would drive to a new location and walk up and down the streets looking for individuals to talk to. “It’s an interesting interaction because people have just lost a lot,” said Haan. He said there is a tremendous amount of garbage on everyone’s driveways, many trees down and massive piles of debris everywhere. “It is a time to be very courteous and gracious to people as we are asking them personal questions about what happened to their homes,” said Haan. “For the most part, people were very willing to talk and tell you their stories.”

Haan said, “There is sometimes the misconception that the Keys are all vacation homes, but there are a lot of people permanently living there, with regular jobs, that have now lost everything.

Finding solutions for the future

Haan said his team’s research hopes to find out what could be done to decrease hurricane damage in the future. “Our project aims to impact things on both the community level and research level,” he said. “On the community level, I think the types of damage surveys we did and the things we found will be able to suggest more effective designs.”

On the research level, Haan is part of a group working to write a standard for wind speed estimation. “Hurricanes are instances where you usually have a good idea of what the wind speed was, so we are trying to find very specific pieces of damage to correlate it with wind speeds.”

“Hurricane damage is not just a technical issue,” said Haan. “I tell my students that most problems in the world are not just going to be solved by engineers doing technical things. We can make recommendations, but you still have to find ways to encourage people to proceed with them.” There is a lot involved in communicating with and convincing people of new ideas. Haan hopes his team's work will encourage people to embrace more effective and safe designs. 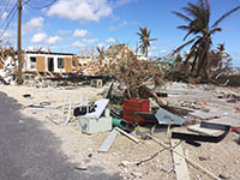 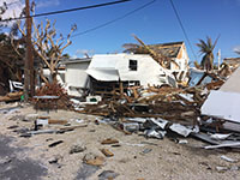 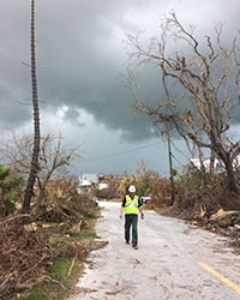