Potential Unprecedented Loss of People and Place from Hurricane Irma 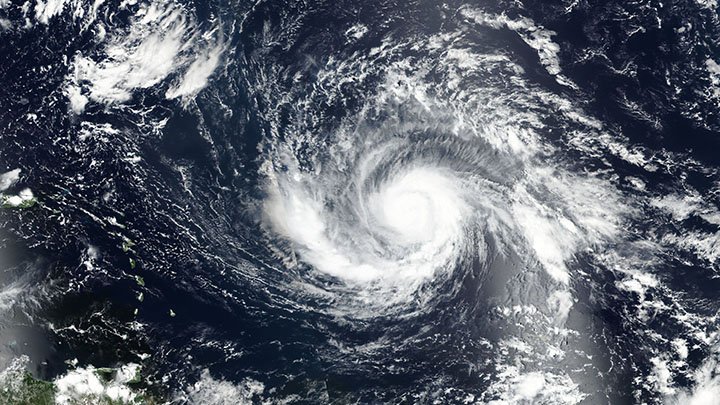 Category Five Hurricane Irma threatens the lives of Florida residents and possibly other states depending on its trajectory.

Hurricane Harvey has left a massive wake of destruction along the Texas coast. Hundreds of thousands found their homes flooded by the 33 trillion gallons of water (that’s about 275 trillion pounds) dumped on the Houston area. According to reports, the landscape has sunk nearly two centimeters. It is likely the fall-out from the event will be felt for decades.

Now, Category Five Hurricane Irma threatens the lives of Florida residents and possibly other states depending on its trajectory. Several news outlets have already reported on the massive damage to people and place in the islands of the Caribbean and now we turn our attention to the state of Florida.

What are the numbers?

There are about 20.6 million residents in the state of Florida. Among the 67 counties in the state, nearly all of them are considered a coastal county by the National Oceanic and Atmospheric Administration (NOAA). In fact, NOAA lists 61 of the 67 Florida counties as coastal counties.

The sheer number of residents in these places, along with the significant size of the built environment is staggering, if we consider any of these places hit by a Category Five hurricane.

Flooding could be devastating to the Florida landscape. Florida is pretty flat. The highest point is only 345 feet above sea level. The average elevation in the state is about 6 feet. If Hurricane Irma is anything like Hurricane Harvey, then it won’t be just coastal counties along the Atlantic or Gulf Coast (depending on where Irma hits landfall first), it will be all counties affected throughout the state.

Hurricane Irma has already broken records with 185 mph winds. Storm surges from ocean water could be massive. Hurricane Dennis, which hit Florida in 2005, had 7 to 9 foot storm surges in some places, according to NOAA. Dennis had 150 mph sustained winds. If we consider that Irma might drop as much water as Harvey, nearly 5 feet of water in some parts of Texas, and have greater storm surges over 10 feet in parts of Florida, entire towns could be washed away. The loss of human life could be catastrophic.

Drilling down and analyzing Census Bureau data, if we consider the number of people that live within 10 miles of the coast of Florida, that is about 10.6 million people. Nearly 50 percent of the people that live in Florida reside in areas most likely to be affected by hurricane winds, rain, and storm surges.

Consider for a minute, the geography of Florida. Unlike the state of Texas, which has hundreds of miles of inland places for a fleeing population to travel before Hurricane Harvey hit, Florida does not. If we consider the population evacuating from the south to the north in Florida, there are not many road networks out. The slim east-west geography of Florida leaves millions to evacuate in tight quarters.

Consider also, if Hurricane Irma pushes north and people do the same, there is nowhere for people to go other than north to Georgia and possibly Alabama, if they can make it out. Florida is over 400 miles in length from south to north. The densities of evacuees could leave first responders in an unprecedented situation. The massive displacement of people who can’t get out and the difficulty of getting supplies in will leave the U.S. Coast Guard and FEMA with few avenues to save lives.

With warmer waters off our coasts, we can expect larger and more devastating storms to wreak havoc along the United States' ocean coasts. Hurricane Harvey was the start and Irma is following in its wake. Irma is the ninth major storm of the season. How many more can we expect in the near future? Unless the earth’s oceans begin to cool and stabilize, it could be dozens more in the next few years. We need to rethink how we plan our cities along the coasts, develop new plans for emergency management, and consider how we can contribute to helping rebuild a devastated part of our world.

Jason E. VanHorn is a professor of geography and chair of the GEO department. He can be found on Twitter @Dr_VanHorn. The GEO department offers courses in meteorology, climate and earth science. 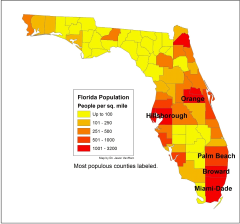 Florida Population (people per square mile). The most populous counties are labeled.