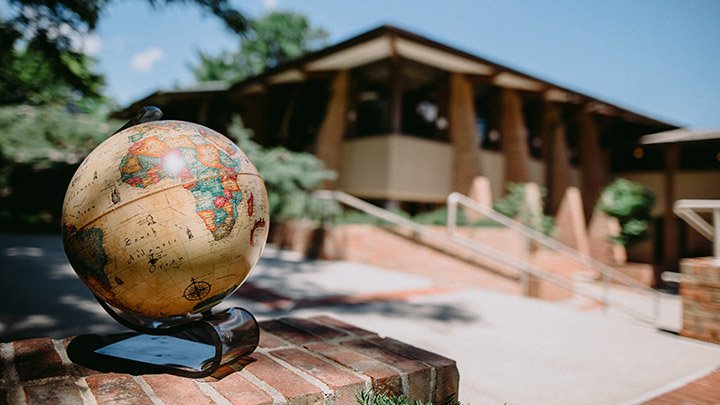 The $25,000 Global Religion Research Initiative grant allows Calvin professor Tracy Kuperus to collaborate with social science scholars of religion from around the world.

The Center for the Study of Religion and Society at the University of Notre Dame awarded Calvin College international development studies professor, Tracy Kuperus, in collaboration with faculty from five other institutions, a $25,000 grant. The central purpose of the grant is to foster new, potentially long-term empirical research collaborations between social science scholars of religion in North America and those beyond the North Atlantic.

“We’re interested in exploring how Christian institutions on the African continent influence citizenship norms and behaviors among African youth,” said Kuperus. “There’s been a lot of work done on African youth, and a lot of work done on African politics and religion, but there’s very little research bringing those two areas together. As far as we know, we’ll be bridging those research areas for the first time.”

“I think this project has the potential to shape future studies in three ways,” said Amy Patterson, at  University of the South. “First, it calls attention to how churches may be shaping the political attitudes or behaviors of young people. Second, it aims to examine how youth at the community level understand citizenship. Thus the project will bring a uniquely African view to a concept that is often portrayed using the research and language from Western political scientists. Finally, the project dissects the youth category, often treated as a homogeneous mass. We will examine how male and female youth may be influenced in different ways by churches and how church messages on citizenship may differ across socioeconomic lines.”

“As Christian scholars, we have a commitment to understanding what global citizenship and partnership looks like around the world. Our brothers and sisters in Christ are everywhere, but we don’t know as much about what faith commitments look like outside of the United States, especially as that pertains to political engagement. This is a research effort exploring what that looks like within the African continent," said Kuperus.

Although the Global Religion Research Initiative awards six distinct research and writing grants, this one is unique because it is internationally collaborative, explained Kuperus. “I think the really invaluable part of this project is that each of the three American political scientists on the research team will be paired with an African social scientist.”

Africa is an underrepresented continent in a lot of ways. “Unfortunately, a lot of the resources that pertain to African research are found in the global north, coming from institutions that do not have long-standing or natural connections with the continent,” said Kuperus. “Because of this, knowledge about the continent is often informed by stereotypes and broad generalizations that do not catch the nuances and complexities of any sector—whether that be religion, politics, or youth.” This project emends Global North-Global South partnerships. “This grant is great because it encourages recipients to get outside their network and bridge gaps that should have been bridged ages ago.”

“A crucial aspect also is that the American scholars have worked with the African scholars on teaching and curriculum development in the past,” said Patterson. “For example, my portion of the project is to conduct research with Dr. Phoebe Kajubi, a medical anthropologist in Kampala who also partners with my institution to oversee summer internships. She also spent a semester teaching at my university. Thus, our collaborations occur on multiple levels—teaching, curriculum design, and now the research project.”

The team’s research project is multi-method involving quantitative analysis in the initial stages. “During summer 2018, each American political scientist will travel to one African country where she has extensive connections,” said Kuperus. “In partnership with an African social scientist, she will be conducting interviews with directors of Christian ecumenical organizations, conducting focus groups with youth connected to neighborhood churches, and, finally, interviewing youth political activists.”

Kuperus said that as a Christian she is committed to redeeming how people view political involvement and citizenship. “Politics is viewed so negatively,” she said. “People want to close themselves off from politics and not get engaged, but we want Christians to be engaged. Christians can hold governments accountable and advocate for laws and policies that bring about societal flourishing." In the future, Kuperus said she hopes her research team can continue to build off the research they are beginning now. “I also hope this opens the door for other researchers in the field.”

The Global Religion Research Initiative was made possible through the support of the Templeton Religion Trust.