Football is coming to Calvin University 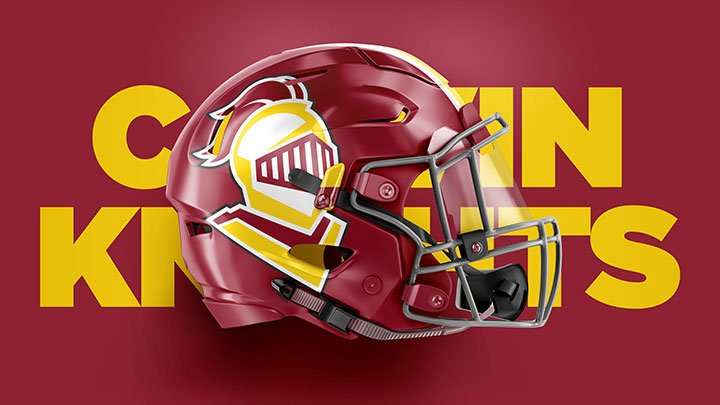 Football is coming to Calvin University in 2023. Today, Calvin University’s Board of Trustees voted on and approved the university’s athletics strategic plan, which includes adding women's acrobatics and tumbling, men’s volleyball, and men’s American football to its portfolio of NCAA Division III athletic offerings. It also calls for an exploration of expanded ice hockey programs, including adding a women’s team.

“We are one of the premier athletics programs in all of Division III and so why not add more offerings that meet the needs of our students,” said Dr. Wiebe Boer, president of Calvin University.“By adding these sports, we are providing students who have competed throughout high school the opportunity to get the best Christian liberal arts education around and continue in the sport they love. It’s a win-win.”

The athletic expansion emerged from the Calvin Tomorrow Initiative and is supported by the Strategic Budget Review process. By investing in these programs Calvin will enhance the student experience on campus and open the door to more learners, including student athletes.

“Calvin University occupies a unique space in Division III athletics,” said Dr. Noah Toly, provost of Calvin University. “Our athletic teams are consistently winning league titles and competing on the national stage, and those same student-athletes are raising the collective GPA of the university. This only happens because as a community we value excellence on the field and court and in the classroom and our faculty, staff, and coaches support that environment.”

In a league of its own

Case in point: The National Association of Collegiate Directors of Athletics award the Learfield Director’s Cup each year to the top athletics program in the country. Since the award was started for Division III in 1996, Calvin is one of only six schools to have been a Top 30 program every year.

The university also produces more Academic All-Americans than almost all Division III institutions and ranks 19th all-time when considering all divisions. MIT, Notre Dame, Stanford, and the University of Michigan are among the company Calvin keeps near the top of that list. While these are individual awards, Calvin’s teams also stand out. This past academic year, 16 of Calvin’s 21 varsity athletics teams that compete in the Michigan Intercollegiate Athletic Association (MIAA) maintained a cumulative GPA of 3.3 or better, qualifying them for the MIAA Team GPA Award.

“We are excited to extend Calvin’s athletic brand to as many student-athletes as possible. This translates to competitive excellence and a compelling student-athlete experience in a faith-based institution. That’s Calvin,” said Dr. Jim Timmer, director of athletics for Calvin University.

The athletics strategic plan also includes a significant renovation and expansion of Calvin’s outdoor athletic facilities, including the construction of new outdoor facilities for soccer, lacrosse, and football. Searches for head coaches in men’s volleyball and women's acrobatics and tumbling are underway, with a search for a Calvin football coach kicking off early next month.

For more information or to request interviews, contact Matt Kucinski, at 616-307-7429 or matthew.kucinski@calvin.edu.