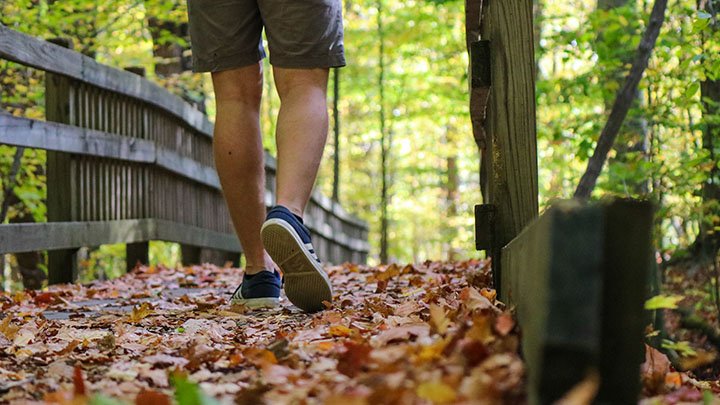 The expansion to the Ecosystem Preserve includes a new trail which opened to visitors in fall 2017.

“We are called in Genesis to be stewards of creation, and through caring for creation, we are caring for people at the same time,” said Jeanette Henderson, program manager of Calvin’s Ecosystem Preserve.

In February 2017, Calvin added four more acres to the public portion of its Ecosystem Preserve with the support of caring neighbors and a donor who generously underwrote the purchase of the property. Since it was established in 1985, the Ecosystem Preserve has expanded through strategic property purchases thanks to the generosity of numerous donors. The preserve has grown from its original 35 acres to now covering more than 100 acres—a quarter of Calvin’s campus. The added land includes a new trail which will be open to visitors in fall 2017.

Less than a five-minute walk from campus, the Ecosystem Preserve acts as a natural escape from the urban environment that surrounds it. “We have this idea of respite at the preserve, we want this place to be a Sabbath,” said Henderson. “We are on our phones and devices all day; the preserve is a place to get away from all of that, breathe fresh air, find a quiet place and renew your spirits.”

Each summer, summer stewards are hired to engage in a variety of tasks at the Ecosystem Preserve including research projects, plant propagation, restoration plantings and landscape maintenance. This past summer, four student stewards and several volunteers had the additional task of clearing the new land and constructing a trail, which adds an additional quarter mile to the existing walking trails. One of the stewards, Luke Steiner, a senior, said the students had a hand in planning the route and made a conscious effort to ensure the trail had a view of North Pond and some other significant ecological features.

Grant Vander Laan, a junior, says he’s enjoyed working on the preserve this summer. “I like seeing the before and after and impact we have had on the land,” he said. “The trail looks completely different than it did at the beginning of the summer.” Steiner has also enjoyed observing the daily changes across the preserve. “I get a chance to see all the little transformations that happen over the course of the summer.”

“I'm hoping that the stewards and others who've worked on the trail have caught an appreciation of all the things that go into designing a trail for a natural area,” said Randy Van Dragt, Ecosystem Preserve Director. The experience also provides an opportunity for students to further explore a field they hope to pursue. “I want to do something that involves conservation work and plant management,” said Steiner, a biology and art double major. “And, I’ve gotten to experience that this summer.” Vander Laan, a biology major, said this experience has given him a chance to interact with mentors who share his passions and more confidence to pursue a career in conservation.

The new land will significantly impact the preserve as a whole, said Henderson. “We are now able to make management decisions concerning North Pond which we only owned a portion of before.” she said. Van Dragt, explained that the new land protects the trail from being back-to-back with domestic backyards. “With Calvin owning the land, we can control how that land is managed and we can keep the influence of development at some distance from the sensitive heart of the preserve,” said Van Dragt.

The land also contains several interesting ecological and historical features. The most evident is the vernal pool that lies near the center of the plot. This is one of the best examples of a vernal pool on the preserve. It is situated so that visitors can get a good view of it from the trail. The site also has a high point that lies in a small pine grove and gives a nice overview of North Pond. Van Dragt said they hope to make that a peaceful place, complete with a sitting area, where people can get a different view of North Pond than they have from the deck on the south end.

Everyone is invited to experience God’s creation out at the Ecosystem Preserve said Henderson. “If people come out here and have a better understanding of their place in the world and how they affect their environment, we have succeeded,” she said. “We are always continuing to make this a beautiful place for plants and animals to thrive,” said Henderson. “And, the new trail will provide visitors a new avenue for adventure.”

Support our efforts to care for this urban preserve by volunteering or donating today. 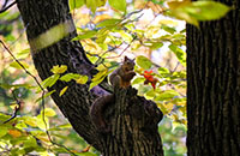 Less than a five-minute walk from main campus, the Ecosystem Preserve acts as a natural escape from the urban environment that surrounds it. 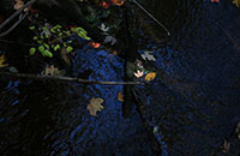