Creating a community of servant leaders 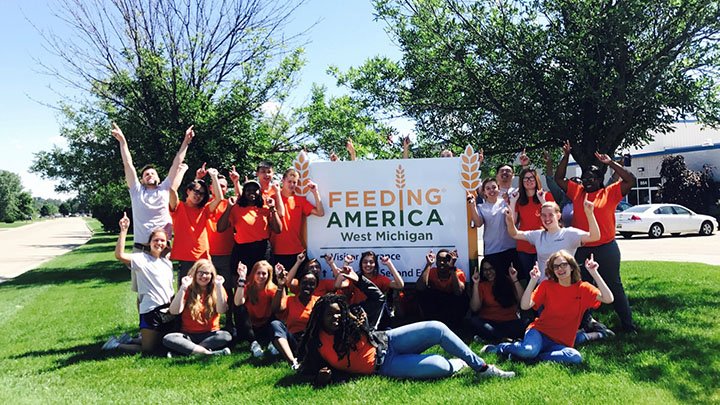 “Developing young generations, not only to be leaders but to be servant leaders is one of my passions. I love that through the John M. Perkins Leadership Program, first generation students and students passionate about helping their community have a place to develop these skills,” said Rosalba Ramirez, coordinator of the summer program.

The John M. Perkins Leadership Fellows Program was created in fall 2012 and implemented in fall 2013 with the goal of identifying, developing and retaining students who demonstrate the potential to be transformational leaders for Christ's kingdom, academia, and society, said Ramirez. The program is specifically designed for first generation students and students who are passionate about serving their communities.

The Perkins Fellows are a small group of students who are selected to participate in a series of leadership development opportunities during their first two years of college. In addition to specially-designed leadership courses, dinners with prominent Calvin leaders and an all-expenses-paid spring break service trip, Perkins Fellows participate in an immersive summer experience before they begin at Calvin.

This year, a select group of high school graduates from around the country experienced college living and learning on Calvin’s campus. During the month-long program, Perkins Fellows live in the residence halls while completing a three-or four-credit course in a diverse array of subjects.

Alexis Murawski said after receiving an invitation to interview for the program she wanted to learn as much as she could about John M. Perkins, the program’s namesake and inspiration. “I wanted to find out more about the program through John M. Perkins. I watched a lot of videos of him speaking; it made me really excited for my interview,” said Murawski. “I had never heard someone talk about social justice in that way.”

Servant-leadership, as John M. Perkins puts it, is not about seeking self-recognition and glory, but seeking to serve our neighbors in humility for the glory of God, explained Ramirez. “This program is not about being a leader by getting up and telling people what to do; it’s really about serving,” said Alexis Murawski. “I realized leadership is not about you; it’s about others.”

Several Perkins Fellows reflected upon this theme of servant-leadership in their reasons for applying to the program. “I have always wanted to be in a leadership position,” said Victoria Anaele. “Being a woman who is also African American, I wanted to fight against stigmas and set an example for my four younger sisters.”

“I love that the cohorts of this program are very diverse,” said Ramirez. “You will see minority students alongside majority students with one goal in mind: to make a positive impact in their communities.”

Perkins Fellow Mario Holmes said that one of his favorite parts of the program was the relationships he was able to form. “I’ve really liked getting to know everybody here. The scholars all become a very tight group,” he said. “I really like that the program almost feels like a family, even though we all have such different stories and backgrounds.” Holmes has moved 14 times in the last few years, so he said it was nice to form connections with the people he would be going to school with for the next four years.

Several Perkins Fellows agreed that they have enjoyed the academic side of the program. “My professor was really engaging; it made you want to be active and listening. I didn’t want to accidentally miss anything,” said Holmes. Anaele agreed, saying, “Academically, the program is preparing me to handle classes and get through college well.”

“It is the goal that at the end of this summer bridge program, the Perkins Leadership Fellows have developed a strong sense of community, have learned academic skills to succeed in their college journey, have identified resources available to them on campus, have grown spirituality and have developed a strong sense of what it is to be a servant leader,” said Ramirez. “This development will continue throughout the two years of the program.”