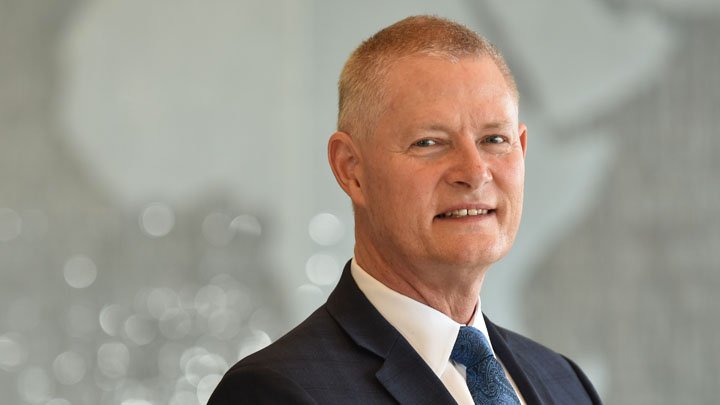 Jim Ludema is an experienced educator, researcher, and administrator who has an extensive network in the business world and consulting experience for Fortune 500 Companies.

Calvin University has appointed Jim Ludema as dean of its School of Business. Provost Cheryl Brandsen and associate dean Tom Betts co-chaired the seven-member search committee, which included representatives from the university’s faculty and administration. Ludema’s name rose to the top of a national search that yielded nearly 50 nominations/applications and several highly qualified candidates.

Ludema is currently a professor in the Daniel L. Goodwin College of Business at Benedictine University, where he’s served since 1998. He is also director of the university’s Center for Values-Driven Leadership, which he launched in 2008.

“We see Jim’s extensive experience in business education, his proven ability to create and launch new programs, his collaborative approach to leadership, and incredible reputation in the business community serving our current and future learners well,” said Michael Le Roy, president of Calvin University. “Those strengths, combined with his 20-plus years of demonstrating a commitment to integrating faith and business, make me excited about the future of business education at Calvin.”

Ludema, a 1982 alumnus of Calvin, returns to his alma mater as an experienced educator, researcher, and administrator. He also comes with an extensive network in the business world and consulting experience for Fortune 500 Companies, including McDonald’s, John Deere, Allstate, and Merck, to name a few.

Ludema’s passion for business sprouted and established roots while he was in the mission field. After graduating from Calvin with a philosophy degree in 1982, Ludema and his wife Beverlee spent seven years in Central America working for CRWRC (now World Renew).

“When we were in Central America, we provided funding to local partner organizations who were working with disadvantaged communities, and many of them were heavily invested in building their organizational capacity. They wanted to learn more and more about things like budgeting, finance, accounting, human resources and operations management, leadership, and board development, all the things you find in business schools.”

So, Ludema went to local universities throughout Central America and looked for professors to provide training to the local organizations.

“During this time, I got really interested in the world of business, so I went back to the United States to get a degree in the human side of business.”

In 1996, Ludema earned his PhD in Organizational Behavior from Case Western University. And, in 1998, he was offered an opportunity at Benedictine University to teach organizational development in their executive PhD program and consult with businesses and Christian community development organizations like he had worked with in Central America.

After about eight years teaching in that program, Ludema went through a discernment process to see where God might be calling him for the next phase of his career.

“What came out of that was the idea of starting a center that would focus on developing leaders to build flourishing companies that have a transformative impact on business and society,” said Ludema.

So Ludema and some of his colleagues at Benedictine raised funds, built programs and curricula, and launched the Center for Values-Driven Leadership.

“It’s been one of the greatest privileges of my life,” said Ludema, of his leadership of the center over the past 12 years.

So too would be his next stop: Calvin University, a place he was first drawn to as a student back in the 1970s.

Compelled by the mission

“I always wanted to go to Calvin,” recalled Ludema of his thought process when he was considering where to attend college as an undergrad. “I knew it provided an excellent education from a Reformed Christian perspective, and that’s what I wanted. I knew that if I went to Calvin, I’d get that kind of education.”

This time around, Ludema said he was attracted to the university’s Vision 2030, the university’s commitment to the business program, and the momentum of the business program with the expanding and diversifying of its programming and the establishment of the new school and the current building project. But, for Ludema, the primary pull to Calvin this time around is what drew him there initially as a student: the institutional mission and its core values.

“I love Calvin’s mission and what it stands for: to equip learners to think deeply, to act justly, and to live wholeheartedly as Christ’s agents of renewal in the world,” said Ludema. “There’s no greater mission than that, and that’s inspiring for me.”

Ludema also emphasized the importance of Calvin having a shared commitment to diversity, equity, and inclusion, a value he’s promoted through his work at Benedictine.

“I am a strong advocate for inclusive excellence, cultural competence, and global awareness,” said Ludema. “As director of the Center for Values-Driven Leadership, I have made this a central part of our programming. At Calvin, I am eager to continue this commitment through the resources we bring to campus, the people we hire, the programs we develop, and the scholarship we produce.”

For Ludema, it’s really about adding his gifts and experiences to the various strengths of the business faculty.

“I’m excited to join the faculty in the School of Business—faculty who are academically excellent, dedicated to students, and have extensive experience in business, consulting, and working globally for companies like Goldman Sachs, JP Morgan Chase, Merrill Lynch, Grant Thorton, Deloitte & Touche, Steelcase, Zondervan, and D&W Foods. They are bright, committed, caring, knowledgeable about business, and they are innovators. That’s impressive.” said Ludema.

Proving to be a trusted partner

Ludema also emphasizes the importance for the School of Business to be seen as a trusted partner both inside and outside the Calvin community.

“We need to be an active partner with the other disciplines in the university. We need to collaborate in creating joint programs and supporting programs that already exist in order to best serve current and future learners,” said Ludema. “And I envision many dynamic forms of collaboration with the business community both in Grand Rapids, as well as nationally and globally, including establishing new programs that serve their needs.”

Betts, who co-chaired the search committee that identified Ludema as the top choice, said that when Ludema met with a panel of outside business executives as part of the interview process, they were very excited and “all in” on Calvin hiring him.

“What he was leading and director of at Benedictine is right up the ally of what we are thinking as we grow our program and reach new audiences, people interested in graduate-level and associate degrees or even skill-based learning opportunities,” said Betts. “He is very engaging and visionary and also a get-it-done person.”

Ludema will begin his tenure at Calvin on July 1. And he’s coming in with high hopes for what he and his colleagues will be able to build over the next several years. He wants this to be true:

“If you believe that business, like every other human institution, is ordained by God and its purpose is to honor God with integrity, excellence, stewardship and justice in everything that it does, and if you believe that a career in business is a high and noble calling from God to have a transformative impact in the world,” said Ludema, “then Calvin is the #1 destination globally for you to go to get your business education.”