Calvin professor helping to shape the future of education 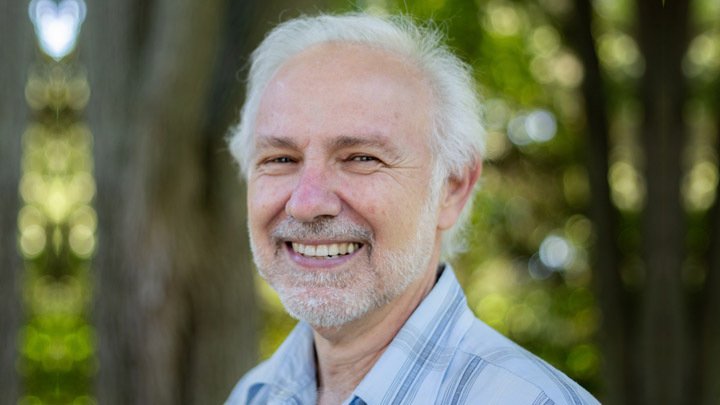 In spring 2020, an email arrived in Clarence Joldersma’s inbox.

“The organization didn’t look familiar, and scholars get a lot of emails,” recalls Joldersma, director of the master of education program at Calvin University.

So, without much thought, he hit ‘delete.’

“A week later, I get an email saying ‘we sent you an email.’”

From the trash bin to the international stage

So Joldersma looked through his “trash” folder and discovered that email. He looked at it closer this time. It was from someone in Japan asking Joldersma if he’d consider contributing his knowledge to a major international project.

Every 20-30 years, UNESCO publishes a massive report on education.

“UNESCO consults with people from around the world and is creating a vision for how education, organized institutions of education, meet the current challenges facing us globally,” said Joldersma.

The project leads said they found Joldersma by reviewing a book he edited that was published in 2016 titled Neuroscience and Education. The group liked what they were reading and felt Joldersma could contribute to an aspect of the project.

“They said they wanted someone who understands the social, political, and conceptual contexts that shape educational neuroscience,” said Joldersma.

So Joldersma agreed to help. He would be tasked with co-authoring a chapter with a peer from the University College London’s Institute of Education, a world leader for educational research and teaching in England.

A shared vision for education

“The thing that attracted me to this project was UNESCO’s vision for education,” said Joldersma. “When the World Bank or OECD talks about education, they talk about it narrowly in terms of human capital development. In other words, getting people ready for jobs. UNESCO has a more holistic vision for human flourishing.”

It was a project Joldersma could get behind and one he was prepared to contribute to.

“The book we are contributing to is not written for other scholars, it’s written to different sorts of stakeholders, one being policymakers who are interested in education around the world, also educators at the district and state levels, and different state departments of education.”

Redefining the “why” behind education

For Joldersma, the reason he’s contributing to this conversation is to help people broaden their definition of education and the value it brings to both individuals and society.

“Over the past couple of decades, we’ve moved more and more toward human capital development in schools, and that’s translated to us seeing education in terms of competition with the world on international standards such as math and literacy. Finland is way above us, and Canada is doing much better too. But the ‘why we care’ is telling,” said Joldersma. “We worry that our economy is going to fall behind. So, education has narrowed itself to being an arm of the economy and for students to be economic producers. Certainly, that’s part of what education should do, but to me that is a real reduction of education, to merely training students.

“When students have professors who are at the forefront of the conversations in their discipline they benefit greatly,” said Joldersma. “Professors who are contributing to these conversations are better informed and have a greater understanding of where the discipline is going, and how they can be part of it. And students then have more of a transformative experience too. It allows them to think differently about what they are doing. In a sense, they are developing at an educational institution that’s not just transferring knowledge, but also involved in developing new knowledge. And that’s exciting.”