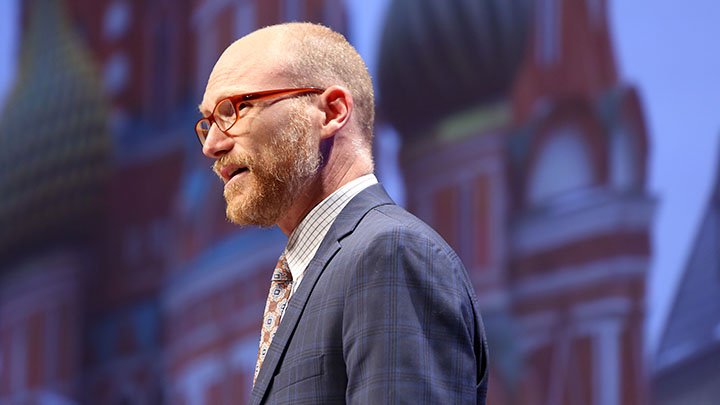 Kevin den Dulk has spent much of his career developing partnerships with businesses, nonprofits, churches, and scholars, among many others.

“If there are groups of people who would have never looked at Calvin but now see it as a hospitable and trusted place to seek their calling, that would be a marker for success,” said Kevin den Dulk.

In 2020, den Dulk steps into a newly created position at Calvin: the associate provost of Calvin Global Campus, a working name for the office that, as part of Vision 2030, will extend Calvin’s mission to reach new populations.

“This position is intended to be an entity for incubating creative ideas, for trying new things out, for creating a platform for new populations to encounter a winsome and capacious perspective on Christ-centered learning,” said Cheryl Brandsen, provost of Calvin University.

Brandsen chaired the seven-member associate provost search committee that included administrators, faculty, and staff. Den Dulk’s name and body of work quickly rose to the top. Since 2011, he’s served in various leadership roles at Calvin, including as both chair and professor in the political science department and executive director of the Paul B. Henry Institute for the Study of Christianity and Politics. He has also served on a number of university committees, most recently on the Professional Status Committee, the Vision 2030 and Strategic Planning teams, and the University Academic Structure team.

“Those who have worked with Kevin have found him to be a natural leader, adept at fostering networks and multidisciplinary collaborations, creative, open-minded, kind, and fair,” said Brandsen. “His positive restlessness to get things done will be vitally important to establishing new initiatives.”

Brandsen says that den Dulk has spent much of his career partnering with businesses, non-profits, churches, scholars far and wide, school teachers in under-resourced districts, college students from diverse institutions, prisoners and returning citizens, among many others.

While den Dulk’s network is wide reaching, he sees great opportunity in extending Calvin’s mission through seeds sown by his colleagues over the past few decades. He says they’ve fostered relationships and partnerships that are foundational to the opportunities ahead.

One example is the Calvin Prison Initiative, which den Dulk says has created so many great initiatives over the past several years, and yet still has plenty of opportunity to serve those who are in close proximity to both the incarcerated population and returning citizens.

“We’re continuing to imagine what it looks like to serve people once they get out—seeing an opportunity with an underserved population. We are also seeing opportunity with the people who work with that population like corrections officers and parole agents. How can we take our vision of restorative justice and partner with them in their own education?” wonders den Dulk.

Another opportunity is taking greater advantage of online education and leveraging connections Calvin faculty have around the world.

“Christianity is exploding in the global south and people are hungry for educational opportunities in everything from theology to public health. The problem is that most can’t get to us physically. But we can now get to them virtually. We need to be looking for these win-wins wherever we can find them,” said den Dulk. “This is just one of the areas around the globe where we already have these connections. The kinds of connections that John Witvliet and the Calvin Institute of Christian Worship and Joel Carpenter and the Nagel Institute for the Study of World Christianity have been making for years set us up really well to engage people across these areas of the world, to provide education of all sorts.”

Over the past decade, den Dulk has developed a great respect for his colleagues and their work. And both he, and Brandsen, are excited about leveraging their abilities to meet the needs of more learners.

“One of the most encouraging things is the interest and willingness of faculty and staff to think creatively about new kinds of programs, about distance learning, and about reaching new learners,” said Brandsen. “All of this work is still coming from our great faculty and staff—the ideas, the expertise, they are the ones who are contributing to discussions and providing imagination.”

“If we’ve developed a faculty that has a greater range and depth of competence, including in how we all think of our work as Christians, that’s another marker of success,” said den Dulk.

So, whether it’s helping a working adult strengthen a skill or complete a degree, a retiree stoke their curiosity with a course or a series of classes in an area of interest, or a working adult in Southeast Asia receive solid theological training or a master’s degree, Brandsen says it’s all about extending Calvin’s compelling mission around the corner and across the globe.

“We’re only limited by our own imaginations.” 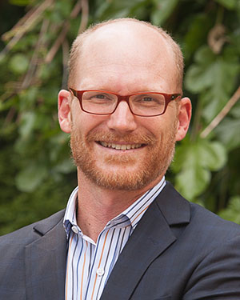