Young Kim wins Fulbright to study an expert in heresies 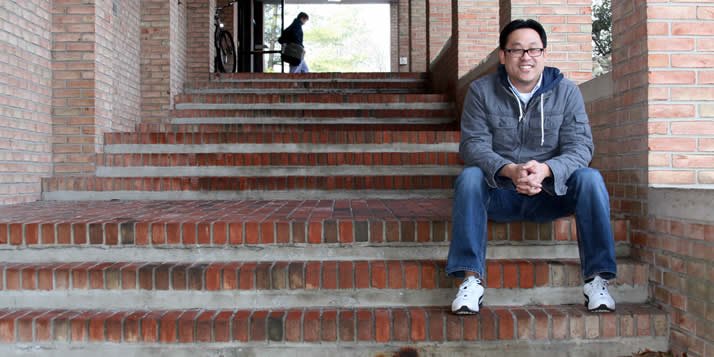 Epiphanius wrote a book exposing 80 heresies of his time. History professor Young Kim is writing about him.

Salamis, one of the little towns where history professor Young Kim will be working next fall is an archeological ruin more than 3,000 years old. The town is mentioned in the Bible in Acts 13:5: “When they arrived at Salamis, they proclaimed the word of God in the Jewish synagogues.” It was also the home of Epiphanius, the fourth-century bishop of Cyprus famous for his expertise in heresies.

Kim has recently landed a Fulbright Research Grant to study Epiphanius—a church father born in Palestine—and write a book about his life and work. “He wrote this large manual that described the beliefs, practices and refutations of 80 heresies,” Kim said. The work is called the Panarion, Greek for “Medicine Chest,” and it cautions against, among many others, the Manichaeans, the Origenists, various ‘Gnostic’ sects and the different derivations of non-Nicene theology.

“However, the Panarion tells us in many ways more about the author than it does about the heresies he describes … ,” said Kim. “It embodies in written form his self-constructed public persona—as the defender of orthodoxy, the scourge of heretics.”

Kim hopes to bring some nuance to his portrait of the Epiphanius, taking his cues from the heresiologist’s signature work. While, traditionally, scholars have read the Panarion as a source book of heresy, the trend in recent scholarship is to read a heresiology like the Panarion as a "construction" of orthodoxy and heresy:

“In other words, Epiphanius infused into his writing his own convictions and beliefs, and he sometimes deliberately twisted, manipulated, and distorted his presentation of heretics to strengthen the validity, rationality, and orthodoxy of his own positions,” said Kim. “Thus the work of the Panarion was a work that served to augment personal power and authority.” He plans to read the Panarion as something more like an autobiography: “I'm going to be looking for the man, the author behind the writing,” he said.

Kim, a specialist in late Roman history, believes the fourth century, the Constantinian era, is one of the most important in church history for articulating the basic doctrines of the Christian faith. “This is the time when Christianity had become a legal religion, and Christians were debating, writing, and arguing like they never had before,” he said. “Epiphanius is part of that very, very large conversation on Christian theology.”

Kim hopes to make that conversation less black-and-white, an approach he also takes in his teaching. “I want students to complicate things; because if history teaches us anything, it’s that things are always more complicated than they are made out to be,” he said.

Kim’s own history began in southern California, in Orange County. In a history of Christianity course he took his freshman year, he read Augustine’s Confessions for the first time. “It’s a bit of a cliché to talk about Augustine as an inspiration,” he confessed, “but that’s what did it for me.”

He earned a bachelor’s degree in history, Greek and Latin at UCLA and a doctorate in history from the University of Michigan. Kim came to Calvin in 2006. Though he doesn’t like the winter cold (“I tolerate it”) he does like the academic climate: “I experienced the gamut of Christian traditions growing up,” he said. “The idea of always reforming, I keep very close to my heart”

The Fulbright Scholars Program, administered by the U.S. Department of State, Bureau of Educational and Cultural Affairs, is an international educational exchange created in 1946 to increase mutual understanding between the people of the United States and other countries. The program awards 800 grants to scholars annually.

"Such a prestigious award is a good indicator of the quality of Young's work, and it is a good reflection of the department at large. We are proud to have him as a colleague."

Kim and his wife Betty and sons, Ewan and Rhys, will live in Nicosia, Cyprus, from September to May, 2013. In addition to researching and writing, Kim will be collecting images for his book of the icons of Epiphanius scattered around Cyprus. He’s planning to learn modern Greek, partly because he loves languages and partly to show respect for the Cypriots he’ll meet. “I’m looking forward to hours and hours of reading and writing,” he said. 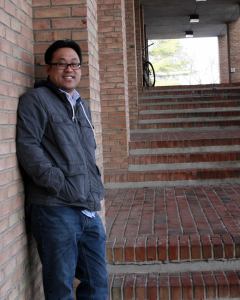