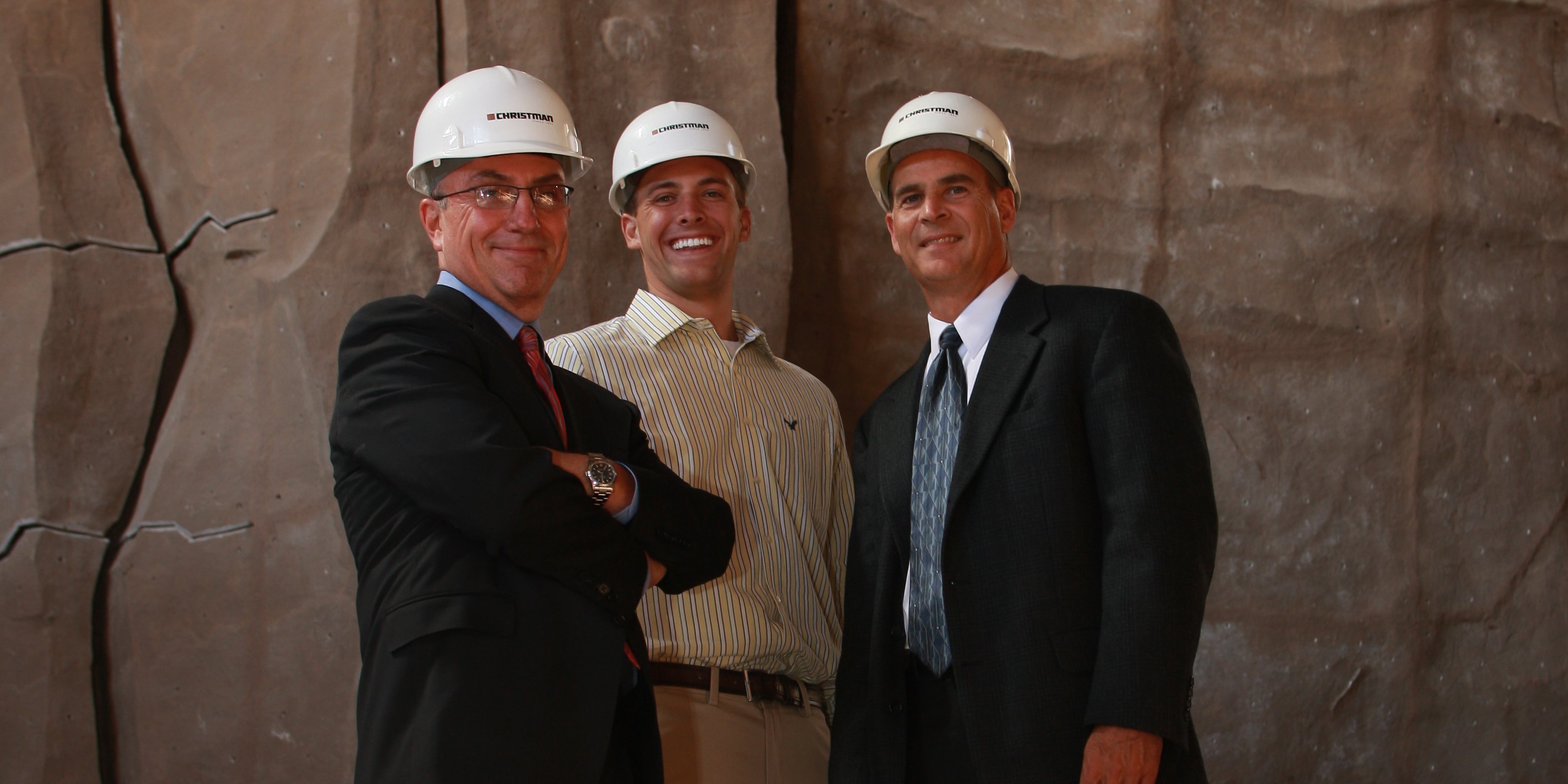 "We’re more of a culture than a club,” quips Ryan Walter-Rooks, Calvin’s climbing instructor and coordinator of outdoor recreation and education. The climbing community at Calvin has been growing steadily, and now includes more than 60 regular student climbers, in addition to the 250 students who have had introductory climbing experiences at Calvin over the past five years.

Interest has grown at a rapid clip despite the fact that the nearest indoor climbing facility is more than 30 minutes away from campus. At least, that’s how it’s been up until now. This coming January, Calvin climbers will have a “home court” in the new Spoelhof Fieldhouse Complex (SFC). Spanning 38 feet high and 80 feet across, Calvin’s indoor climbing wall will provide a comprehensive teaching and training facility for students, faculty and staff. When completed, it will be the one of the largest climbing walls in West Michigan.

A team of students, faculty and other climbers worked for more than a year and half with Oregon-based Entreprises Climbing Walls to develop the original design. Many features of the wall, including eight cracks built into the wall and a large boulder attached to the base of the structure, are designed to train climbers for outdoor experiences. "Indoor climbing is fun because you can set up many alternate routes,” says Walter-Rooks. “But on an outdoor climb there’s this direct connection to creation … and this great sense of adventure.”

Working behind the scenes to make the climbing wall a reality is Dan LaMore, Christman’s Vice President of West Michigan Operations. The Christman Company, the general contractor for Calvin’s 350,000 square foot Spoelhof Fieldhouse Complex, has pledged to give 10 percent of its profits from the SFC project back to the Campaign for Calvin College, designated for the SFC climbing wall.

Now Christman is challenging the SFC trade contractors to do the same. LaMore has partnered with Calvin’s development office to encourage SFC vendors and trade contractors to also support the climbing wall. So far, says LaMore, the results have been very encouraging. “I think it’s in part because [the trade contractors] can see clearly what Calvin does for our community,” says LaMore. “Calvin’s mission of preparing young people to serve God’s kingdom – we see that everywhere. Look at the leaders in Grand Rapids who are Calvin graduates. They’re everywhere.”

Many students aren’t aware of the fundraising that goes on behind the scenes. Junior Catie Phillabaum, of Indianapolis, Ind., has been climbing since third grade. Until recently, she wasn’t aware of Christman’s partnership with Calvin. “I think people are interested in where the donations are coming from… but I didn’t even know about it—and I’m working with the climbing wall,” says Phillabaum.

Phillabaum, a geology major with a German minor, is looking forward to gaining valuable experience once Calvin’s indoor wall opens. “I’m really excited, because I’ve worked in climbing gyms before, but I think that working on Calvin’s wall will be more ‘hands-on,’” says Phillabaum. “I’ll be able to learn more about the scheduling and management of an indoor climbing wall.”

"I’m just excited it’s going to be there,” says Phillabaum of the climbing wall. “There’s a big group of people who climb … and it will be nice to have a ‘home base’ that’s on campus.”

"Climbing at Calvin is built on relationships—on grassroots interest from the students,” says Walter-Rooks. “Students develop this self-efficacy from building these new skill sets, and before long they want to do it on their own … and then they discover that the climbing world is bigger than the Red River Gorge … The adventure is limitless for them.”

For some students, a love for outdoor adventure has translated into a career after graduation. Tim Hurst ‘08 recently accepted a full-time position with the National Outdoor Leadership School (NOLS), which offers extended expeditions and leadership training in some of the world’s most remote locations. Tara (Kamps) De Young ‘06, went on from Calvin to be an “adventure educator” in the Albuquerque public school system. These opportunities are made possible, in part, by the many certification programs offered to Calvin students; in one off-campus interim class, students can acquire certifications as a an AMGA climbing site manager and wilderness first responder, and cover the Wilderness Education Association (WEA) backcountry curriculum.

Growing student interest in climbing classes, student groups and off-campus trips means that Calvin’s new climbing wall will be a busy place. “We’re like any other team,” says Walter-Rooks, “but our season never ends.” 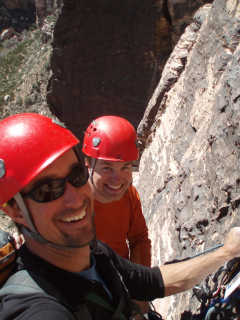 Take a video tour of the Spoelhof Fieldhouse Complex, including the Huizenga Tennis and Track Center

Read more details about the Spoelhof Fieldhouse Complex and see architecturalrenderings of the finished complex.