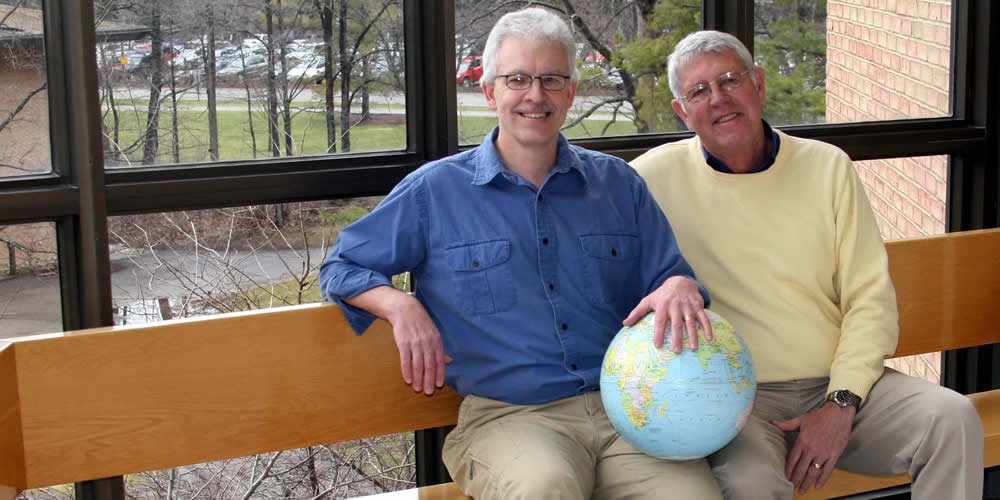 In 2011–2012, one Calvin professor will spend his sabbatical in Ethiopia, creating a digital geography of that country; another will spend his in The Netherlands, writing a book about the theological and political leanings of American clergy. Both professors are Fulbright Scholars.

The Fulbright Scholars Program, administered by the U.S. Department of State, Bureau of Educational and Cultural Affairs, is an international educational exchange created in 1946 to increase mutual understanding between the people of the United States and other countries. The program awards 800 grants to scholars annually.

Bascom will spend his Fulbright sojourn partnering with Ethiopian geographers at Bahir Dar University on Lake Tana. He will teach, guest lecture for the Masters and BA programs in geography, and facilitate authoring a new geography of that country. The last such text was published in 1972, even though Ethiopia has established 13 new, university geography departments during the last eight years. A Geography of Contemporary Ethiopia will also serve as a basic reference for secondary school teachers throughout the country, who teach the geography of Ethiopia to more than 500,000 students every year.

Rather than a traditional textbook, this geography will be an online atlas—a volume of thematic maps, each with a multi-page, narrative explanation, relevant bibliographic references, and other geographic data. Calvin GEO professor Jason Van Horn, a specialist in geographic information systems (GIS), will join Bascom next January to lead an electronic atlas workshop for 24 geographers, invited from several universities. The atlas-based geography will be hosted on a server at Bahir Dar University, and, thus, available to university instructors, graduate and undergraduate students and others:

“A server-based geography will provide access to a huge audience whether they can afford to pay for it or not, which is especially important to a developing country,” Bascom said.

This is Bascom’s second Fulbright and the GEO department’s fourth—out of nine granted to Calvin—since 2004. “Geographers are naturally adventuresome. We usually gravitate to sabbatical opportunities in a cross-cultural setting,” Bascom explained, adding, “It’s these five or ten month stints overseas that refuel my passion for teaching and research.”

A sabbatical abroad also enriches family life, he said: “Our family views our four sabbaticals in Africa and Oxford, England as cultural fasts. Stepping out of the hyper-stimulation pace of the US and into cross-cultural settings and relationships is very formative and quickly became a central thread in our family life,” said Bascom.

Family was the reason Smidt waited so long before applying for a Fulbright. His wife worked full-time, which made living abroad problematic. She retired in 2008, which allowed Smidt to serve that year as the director of Calvin’s Semester in Hungary program. While in The Netherlands, funded through the Fulbright-Dow Distinguished Research Chair, he will work and write at the Roosevelt Study Center in Middelburg, The Netherlands.

Smidt will spend his teaching hiatus writing a book that traces changing political and theological perspectives of American clergy over the last 20 years. The work will draw on surveys he conducted in 1989, 2001 and 2009 with clergy from seven denominations: the Assemblies of God, Southern Baptist, Christian Reformed, Reformed Church of America, Presbyterian USA, Disciples of Christ and United Methodist Church.

Smidt is looking forward to sifting through this material while living in a Dutch municipality: “Europeans are fascinated, even perplexed, you might say, by how religion plays such a large part of everyday life in America.” (The Smidts will be living in Zeeland Province, the original home of his wife’s family.) On each of several previous trips, Smidt has enjoyed the canals, gardens and greenery of The Netherlands. “I just don’t know what it’s like in the winter,” he said, smiling.

Both professors hope to build stronger professional bonds between their sabbatical universities and Calvin. “The college tends to encourage these types of opportunities,” Bascom said.

Since 1998, Calvin professors from many disciplines have studied via Fulbrights in Ireland, China, Kenya, Eritrea, Zambia, The Netherlands, Germany, Mauritius and Iceland. 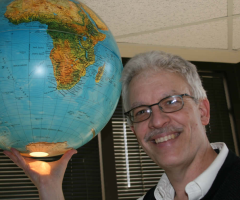 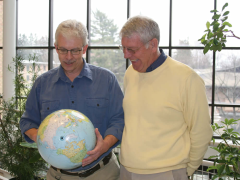 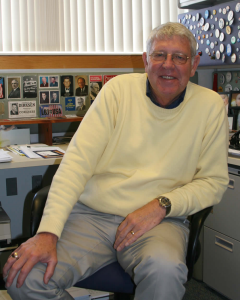