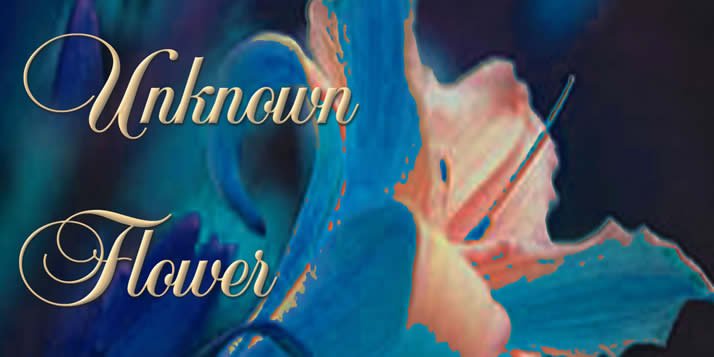 Dr. Charsie Sawyer, a professor of music at Calvin College, has a deep personal connection to her new album, “The Unknown Flower.”

Dr. Charsie Sawyer, a professor of music at Calvin College, has a deep personal connection to her new album, “The Unknown Flower” (due to be released next month). It features classical music, the genre she loves best of all, and all six composers featured on the album are women. Not only that, but four of the six are, like herself, African American women.

“I began dreaming about an album like this probably 20 years ago,” says Sawyer. “For many people the definition of classical music is European and usually white, male Europeans who are dead. Now I'm not saying those people didn't compose magnificent classical music for they most certainly did. But classical music is alive and well in this century in this country. And much of it is being done by women and often those women are minorities. This record, I hope, will help dispel some stereotypes about classical music.”

Sawyer not only holds a doctorate degree in Musical Arts from the University of Michigan, she also is an accomplished vocal performer, having sung everything from orchestra to opera. She sings all 23 tracks on “The Unknown Flower,” some 56 minutes-worth of music.

She also did the almost four years worth of research that went into selecting the composers to be featured, traveling to such places as Howard University, the Smithsonian and the Schomberg Institute in Harlem to trace the tracks of modern-day composers. She found over 100 women composers, but had to boil the list down to six for the album.

Finally, after some tough choices, she decided to record song cycles (groups of songs by one composer that are meant to go together) by Valerie Capers, Lena McLin, Lettie Beckon Alston, Betty Jackson King, Libby Larsen and Jacquelyn Sellers. Sawyer got a chance to meet five of the six composers (all save Jackson) and discovered that many have interesting stories.

For example, Valerie Capers lost her eyesight at the age of six, but went on to Julliard. Classically trained she also had jazz influences because of her father's ties to Fats Waller and her brother Bobby Caper's work in Ramon “Mongo” Santamaria's Afro-Cuban band. Sawyer chose to record a Capers' song cycle called “Song of the Seasons” that was commissioned by the Smithsonian Institute. Lena McLin was born in Atlanta but moved to Chicago to live with her uncle Thomas Dorsey. She has over 400 compositions to her credit, ranging from spirituals to art songs.

Lettie Beckton Alston is a professor of music at Oakland University who was the first African American to receive a Doctor of Music Arts degree in Composition at the University of Michigan, while Libby Larsen is the best-known and most celebrated composer on the album, having won accolades from a variety of sources. Jacquelyn Sellers has been Principal Horn with the Tucson Symphony since 1982 and played the french horn on The Unknown Flower to accompany the four songs in her song cycle called “Spiritual Settings.”

“The Unknown Flower” was recorded this past summer in the Calvin College Fine Arts Center. In addition to Sellers, accompanists included pianists Susan Keith Gray (one half of acclaimed duo Kobayashi/Gray) and Calvin professor Hyesook Kim and cellist Karen Krummel (a member of the Grand Rapids Symphony and Calvin adjunct faculty member). Linda Hoisington, also an adjunct faculty member in piano at Calvin, played bells on the album.

Calvin College also played a big role in the production of the album. Sawyer received a grant from the Calvin Alumni Association and a summer research grant from Calvin. In addition, the entire album was recorded and produced by the Calvin Technical Services department. And the cover was designed by Calvin communications professor James Korf while Calvin's Gary Lepsch and Jazmyne Fuentes did work on the liner notes and the design. 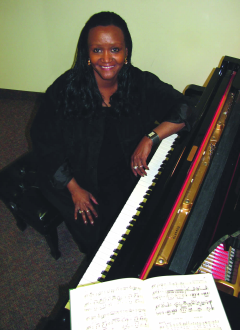 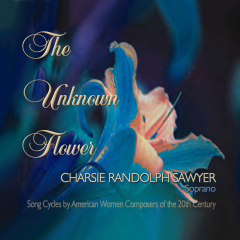