The king, his ring and the temple

A professor and student of classics are researching an ancient Greek text about Solomon and magic.

For many, the list of adjectives commonly associated with King Solomon begins and ends with wisdom.  But this summer, classics Professor Jeff Winkle and sophomore Alex Westenbroek are tackling an ancient text that explores Solomon’s magical side.

The text, titled the Testament of Solomon, is a 40-page Greek narrative of Solomon’s construction of the temple. Although there is no certainty on the author or authors of the Testament of Solomon, it is believed to have been written between the first and third centuries A.D. because of the style of Greek it was written in—a style that is much in tune with the way much of the New Testament was written. The text includes Judeo-Christian themes but also themes related with Greek mythology.

As Winkle puts it, the text is an account of a “biblical persona, treated in a very non-biblical sort of way.”

In the text, Solomon receives a supernatural ring from the archangel Michael. Using the power of the ring, Solomon summons a full register of demons and takes authority over them by discerning their association —famine, disease—and trammeling them through the invocation of angels and magical powers.

Winkle, who’s long claimed a scholarly interest in ancient magic and mythology, describes the text as “steeped in magical ideas and ideas about the relationship of magic to the divine.” Funded by a McGregor Summer Research Fellowship, he has partnered with Westenbroek to study this ancient text and “reintroduce the text to a larger audience.”

Their summer research is titled “The King, His Ring, and the Temple: The Testament of Solomon and the Magical Milieu of Late Antiquity.”

Much of the appeal of the Testament of Solomon for Winkle and Westenbroek is the mystery surrounding the text. Its immediate sources, geographical and authorial, remain unknown. Scholarship on the testament is minimal. Despite a renewed interest in apocryphal manifestations of Christianity, academia lacks a contemporary resource to the text. A 1922 publication from C.C. McCown marks the last time any serious academic study on the topic was published. Winkle holds that even the ancients didn’t know what to make of it.

If pertinent academic material exists, Winkle and Westenbroek have likely read it, and the McGregor duo recognizes their opportunity to set the bar in their academic field. “You could list on one hand the number of scholars or writers who are saying something about this text right now,” Winkle said.

The joy of transcription

Headed into his sophomore year, Westenbroek is among the youngest of Calvin’s ten McGregor Fellows.  A classical languages and linguistics major, he had taken three classes with Winkle, who annually leads a popular interim trip to Greece.  When Westenbroek applied for the fellowship, Winkle knew that he’d make for a perfect fit.

A native of Grand Rapids and a graduate of Grand Rapids Christian High School, Westenbroek entered Calvin with a “marginal interest” in classical languages. That changed shortly after his introduction to the classics department: “When I came here, I got a lot more interested in [classical languages] and the mythology that went hand in hand with it,” he said. “It was a lot of stuff that I didn’t know and I thought it would be interesting to know.”

After receiving the fellowship, Winkle delegated a variety of assignments, ranging from reading scholarship on the text to transcribing the Greek text. The transcribing, he told Westenbrook, would be among the most tedious and least desirable elements of the fellowship.  Contrary to his instructor’s assumption, Westenbroek called the transcribing his favorite part. “Well, letters are just so cool,” he explained.

Included his texts assignments is the drafting of a primary appendix.  According to Winkle, the appendix “will serve as a framework for the rest of the testament.” His goal is not to produce an overly-technical supplement to the original text, but an accessible “introduction to the topic.” His target reader, he says, is someone new to the topic, and he hopes the publication can find a readership in college Greek classes and seminars.

Westenbroek is considering a career as a professor and would like to take his research to the next level. “Alex has a wonderful curiosity with linguistics and classical languages,” said Winkle. “He has a very bright future ahead of him.”

The McGregor Program at Calvin offers one-on-one professor-student collaboration.  Winkle and Westenbroek represent one of this year's 10 student-professor teams, each working with a shared mind towards Christian scholarship and study. Throughout the project, Winkle has made a sincere effort to assign Westenbroek serious responsibility, acknowledging the benefits such an experience renders for his scholarly future.

Winkle has not only gained a research assistant in Westenbroek but a potential research partner. “My hope is that this McGregor thing is a starting point and not an endpoint," said Winkle. “I would love to continue to work with Alex on this project and get this published in some form.  If you can go off to grad school with a publication, that would put you towards the stop of the pile,” he said. 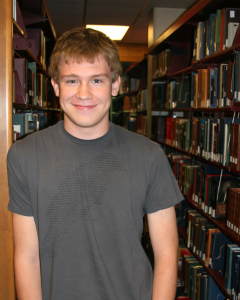 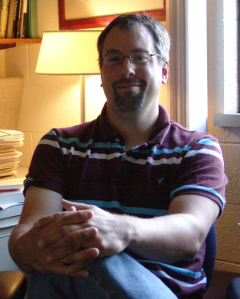