The faith of Hillary Clinton 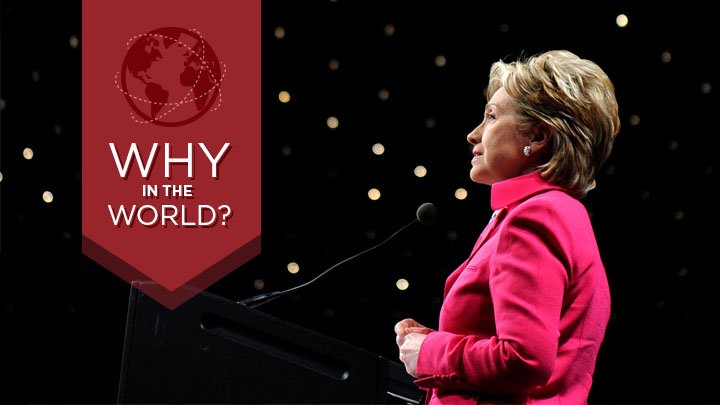 Focusing on today's headlines through a Reformed lens is the way Calvin thought leaders fearlessly engage with and boldly impact culture. In leading up to the 2016 presidential election, a number of thought leaders at Calvin are focusing in on various aspects of the Republican and Democratic races. One of those thought leaders is history professor Kristin Kobes Du Mez, who is writing a book on the faith of Hillary Clinton. She shares what she's learned about Clinton's religious background and why she has such a hard time communicating her faith to the populace.

What religious writings does Hillary Clinton credit with reorienting both her faith and her politics during critical periods in her life?

Before getting to writings, let me start with her upbringing. Both of her parents were Methodists. Her dad was a gruff Midwestern Methodist whose faith emphasized personal responsibility and self-reliance and found expression in his conservative Republican politics. Her mom, however, embraced a socially progressive Methodist faith, as did many other women in her church. Even in the 1950s, these suburban, white, middle-class Methodist women were living out their commitment to social justice by supporting Civil Rights, working on behalf of the poor and organizing assistance for Mexican migrant laborers in their midst.

As a girl, Hillary was influenced by both interpretations of Christianity, but she credits her youth pastor, Don Jones, with setting her faith firmly on the path of social justice Christianity. Under his tutelage she was introduced to motive magazine, an influential publication of the Methodist Student Movement. Here she encountered the writings of Paul Tillich, Reinhold Niebuhr and Dietrich Bonhoeffer, as well as powerful articulations of a Christianity shaped in the crucible of the Civil Rights Movement, a prophetic Christianity that rejected the rhetoric of “Christian America” and instead called for humility and self-criticism both globally (by rejecting staunch Cold War politics, not only in Vietnam but in Latin America and Africa as well), and closer to home (again, racial justice is key here).

It was this social justice vision that she credits not only with converting her politically (she had been a Goldwater girl in ’64), but also with setting her on her early career path to work on behalf of poor women and children.

Some biographers suggest that this religious motivation also contributed to an inability to compromise with her political opponents, perhaps most evident during her early White House years. Those were difficult times for Clinton, and it was then that she turned both to traditional Christian teachings on gratitude and forgiveness (the writings of Henri Nouwen were important to her then, and remain a source of inspiration to this day) and to the writings of “New Age” thinkers like Marianne Williamson, Tony Robbins and others. I think it’s fair to say that this exploration was not so much a departure from her Christian faith as an attempt to find a place from which she could draw more deeply on Christian teachings of grace and mercy.

Perhaps most importantly, though, she reads her Bible. This has been a constant throughout her political evolution and her personal journey.

Why is it that Clinton seems to have such a hard time communicating her faith to American voters?

Clinton confesses that talking about religion doesn’t come easily to her. She is in fact a deeply private person—particularly when it comes to things that matter most to her, such as her faith. But there are other reasons as well. Her faith has always been an activist one. Within her Methodist tradition, talking the talk is often viewed with suspicion if one isn’t also walking the walk. And if one is living out one’s faith through one’s actions, there’s the idea that those actions speak louder than words. According to Clinton, living out her faith has long meant working for the disadvantaged, for immigrants, for Civil Rights and for women’s rights, in America and around the world.

But context is really important here as well. Although Clinton’s progressive Christianity seemed ascendant in the 1960s, it was soon eclipsed by a very different vision of American Christianity. With the rise of the Religious Right, issues like abortion, opposition to women’s rights, a skepticism (or in some cases outright opposition) towards the Civil Rights movement, and a militantly nationalistic notion of American exceptionalism came to be the dominant form Christian political expression. In this context, her interpretation of Christian political engagement seemed disingenuous at best, and at worst antithetical to the faith, as many evangelicals had come to understand it.

Is the evangelical vote in play if Hillary Clinton faces Donald Trump in the general election?

I’m a historian, so I’m much more confident when it comes to analyzing the past than predicting the future. But yes, I do think the evangelical vote is very much in play if Donald Trump receives the nomination, regardless of who ends up as the Democratic nominee.

First off, though, it’s worth noting that “evangelical” is an umbrella term that covers a wide spectrum of American Christians. It’s important to keep in mind, for instance, that over a quarter of white, born-again/evangelical Protestants voted for Obama in 2008. That said, for almost half a century, evangelicals have acted as a powerful mobilizing force within the Republican Party.

To be honest, at this point it’s still hard for me to imagine a huge evangelical defection to Clinton. There’s such a long history of antagonism there. But two things could make this more likely. If Clinton wins the nomination and Bernie Sanders throws his support behind her, some of those evangelical millennials who are less tied to the moral crusades of the past (and currently drawn to Sanders’ social vision) may find common cause with Clinton. More importantly, with Trump as her opponent, Clinton’s call for love and kindness in our politics may resonate with the large swath of evangelicals who find Trump’s rhetoric incompatible with Christianity. This, together with the generational shift among evangelicals, might lead to an intriguing religious realignment, one that might be good for politics, and ultimately good for American Christianity. 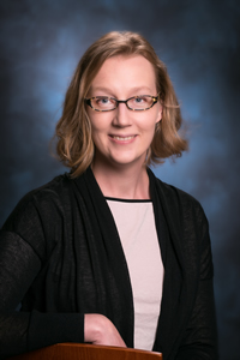 The 2016 presidential race has been one area of focus for the "Why in the World" series:

In January 2016, professor of political science Doug Koopman, an expert in American politics and elections, posited who he thought would emerge as the GOP nominee and what ultimately would make the difference.

In April 2015, Kurt Pyle, now an assistant professor of political science at Kenyon College, offered his thoughts on the identity of the Republican Party as presidential hopefuls began to throw their hats in the ring for the 2016 GOP nomination.

The Challenges for the Next President Series, which is free and open to the public, will provide audiences with various viewpoints on hot topics in the upcoming election cycle in a setting that is not intended to be a partisan debate, but rather an opportunity to examine points of view which will allow participants to become more educated and thoughtful voters as they go to the polls on Nov. 8, 2016. The series is sponsored by the Calvin College Faith and Citizenship Initiative and the Henry Institute.