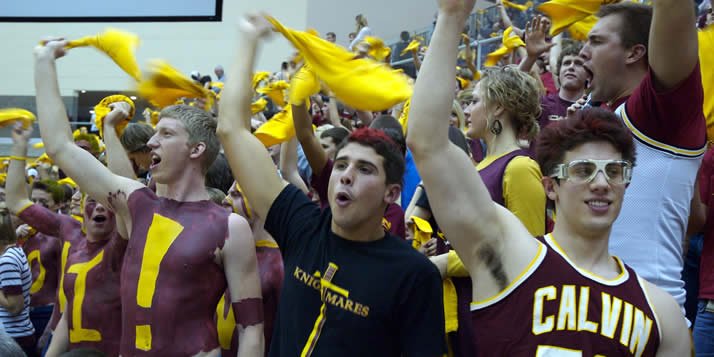 Calvin fans can now defeat Hope fans by giving more, thanks to a new challenge from the Calvin Annual Fund.

The actual game won’t be played until 2012. The rivalry, however, is already on. In anticipation of the February 11 men's basketball matchup between Calvin and longtime nemesis Hope College, the two colleges have agreed to compete via their annual funds. On Calvin’s side, the contest is called the Beat Hope Challenge.

The Beat Hope Challenge, which launched Monday, Oct. 17, will continue through Feb. 29, 2012—two and a half weeks after The Rivalry. Calvin alumni, students, faculty and staff can “compete” on behalf of their school by making any gift of any size to the Calvin Annual Fund.

Team Calvin begins the challenge in the hole, Treur confessed: “Hope has 23 percent of alums who give back to the college, and Calvin has 20.7,” he said. “Calvin has to step up and raise our participation rate by three percentage points in order to beat Hope.”

The Beat Hope Challenge is partially aimed at students, he said: “We want to create a culture of giving while at Calvin. Students already give back a lot with their time and talent, with internships and service-learning. We also want to encourage them to give their treasures.”

Unlike other facets of the college’s endowment, which are earmarked for facilities or maintenance, the funds in the Calvin Annual Fund are unrestricted. From year to year, the money in the annual fund flows to Calvin’s greatest areas of need. The annual fund is vital to keeping Calvin operating day to day, said Treur: “It helps to reduce the cost of tuition. It helps with financial aid. And it helps provide research opportunities for our faculty. It takes three million dollars off the operating expenditure, so it reduces the overall cost of tuition,” he said.

The inspiration for the Beat Hope Challenge came from Calvin’s annual fund team. Treur took the concept to Calvin alumni director Mike Van Denend, who was enthusiastic about tying the challenge to The Rivalry. The two then joined forces with Hope’s annual fund and alumni directors.

“We met at our favorite halfway point Panera Bread on 44th street exit off I-196—virtually the halfway point between where our offices are,” said Van Denend, who hopes the challenge will re-energize alumni giving.

“We just want them to know how important the annual fund is to their institution,” Van Denend said. “Frankly, neither one of our schools would be as good as they are without the annual fund. When all of Calvin nation and all of Hope Nation is zeroed in on this game for that hour, it’s not a bad time to remind them that the annual fund keeps both schools going strong.” 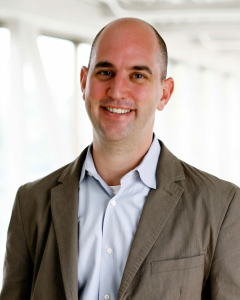