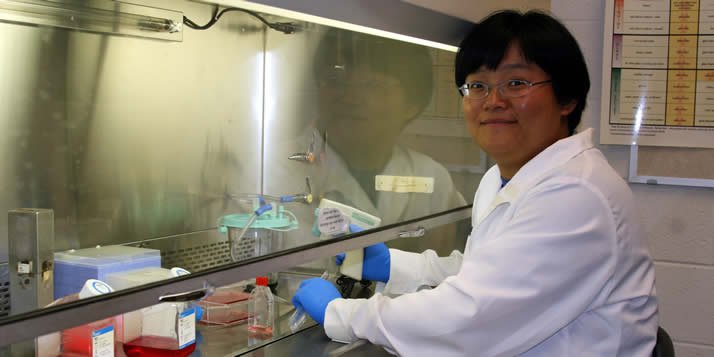 Biology professor Anding Shen is researching how latent HIV hides through a $300,000 grant from the National Institutes of Health.

Recently, biology professor Anding Shen landed a $300, 000 grant from the National Institutes of Health (NIH) to study the role of endothelial cells in HIV infection—a project that will occupy her for the next three summers and her 2012 fall sabbatical. Shen received the idea for the research project from an unexpected source: a colleague from another university handed it on.

Since 1999, Shen has been researching on the HIV latent reservoir, which she describes in this way: “HIV hides in immune cells. You can be doing well on the drug therapy, but the virus can still be in your cells.”

Laying off the medicine

In 2008, Shen was researching several aspects of the latent reservoir, when she received an email from Jaehuyk Choi, a then graduate student at Yale Medical School.

Choi too had been doing HIV research, and he had discovered that endothelial cells—the cells that line human blood vessels—work on T-cells or T-lymphocytes (white blood cells that are key to the immune system) to make them more permissible to HIV infection. “He contacted me to ask me if I was interested in working on this project because he was moving on to other areas,” Shen recalled.

“Unheard of,” she summarized the circumstance. Her field of research moves very fast, Shen said, and HIV latency research is extremely fast-paced. “I wrote a grant a few years back, and the research I proposed in the grant was published the week after I submitted the grant,” she said. “Someone else had done it before I had a chance. So I knew I had to find some research topic that wasn't so competitive, and here it was, a gift from God.”

Looking for the reservoir

She began teaching at Calvin in 2005 and currently teaches classes in cell biology, genetics, microbiology, and immunology courses. During January interim, Shen leads a course on Chinese medicine and Chinese culture in her homeland (and on Calvin's campus) a class that attracts pre-med, nursing, biology, international development and Asian Studies students.

Shen has been studying the HIV latent reservoir since graduate school, and two years ago had been invited to speak at an international conference on HIV persistence. “She is creating for herself a reputation as a national and international expert on AIDS and HIV,” said biology professor David DeHeer of his colleague.

Shen deflects the praise, especially about her current project: “This is a real godsend,” she said. “I don’t take any credit for that.” 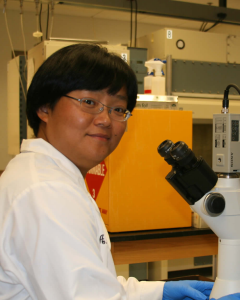