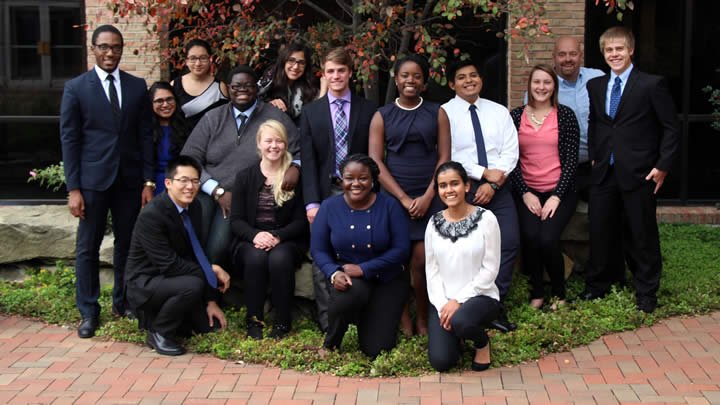 On the quiet of Calvin’s campus this summer, Student Senate experienced a glimpse of the vision they developed for the coming 2015-2016 school year. Tired of their “awkward office space” in Commons Annex that made student body interaction difficult, Student Body President Ethan DeVries reached out to an architecture student to redesign the space.

Vice President of the Student Body Andrew Darmawan noted that before the redesign of the space, “people, and even our friends would be standing at the doorframe because there would be no space for them to sit.”

To fix the unwelcoming space, DeVries contacted an architecture major and began working with him to fix the problem. Darmawan saw this as a reflection of a beautiful vision. “It’s not something that the senate created,” he said. “It was us saying, ‘We don’t know anything. We appreciate your knowledge and your passion and want to partner with you.’” This partnership allowed for a new, welcoming space designed by a Calvin student and mediated by Student Senate.

Oftentimes, these executives feel that Student Senate has been seen as distant in the past. “[Some people] see it as an elite team of 15 people that can do anything you throw at them. But really it’s about us facilitating and inviting others to the table, setting up the table. And once you have people at the table, we can step away,” Darmawan said.

In this way, DeVries hopes to empower students with ideas and initiatives that they create themselves. “It can’t be Student Senate pushing everything across the finish line; it has to be the students,” DeVries said.

To begin this conversation, Student Senate considers how they can work with the student body to accomplish initiatives this year. “Student Senate’s vision is to empower students to actively be participants in their Calvin experience,” DeVries said. “It can be easy to say these are the exact projects we want to do and label them out, but then we’re not giving students the opportunity to say, ‘What do I care about? What are my passions?’”

To discover these passions together, Student Senate intentionally develops relationships with the student body. “We are making sure we’re available to students and not always waiting for students to come to us,” DeVries explained. This involves setting up students with senators to put proposals into action.

Student Senate also is prioritizing representation of voices that might be underrepresented. This involves Student Senate empowering unheard voices at the table and working to equally and equitably represent the student body.

Students can join in the conversation by submitting ideas and proposals on the Student Senate's website.

Students also can take advantage of other programs such as the Take Your Prof Out to Lunch program (TYPO). Free meal tickets are available to dine with a professor in a more casual setting for students.

As DeVries noted, Student Senate is the “only organization on campus that has the ability to link college decision makers with students and engage those perspectives to pursue the positive change we’re looking for.” And by working together, senators and students can “create an experience that we’re going to remember.” 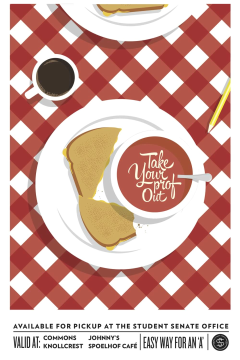